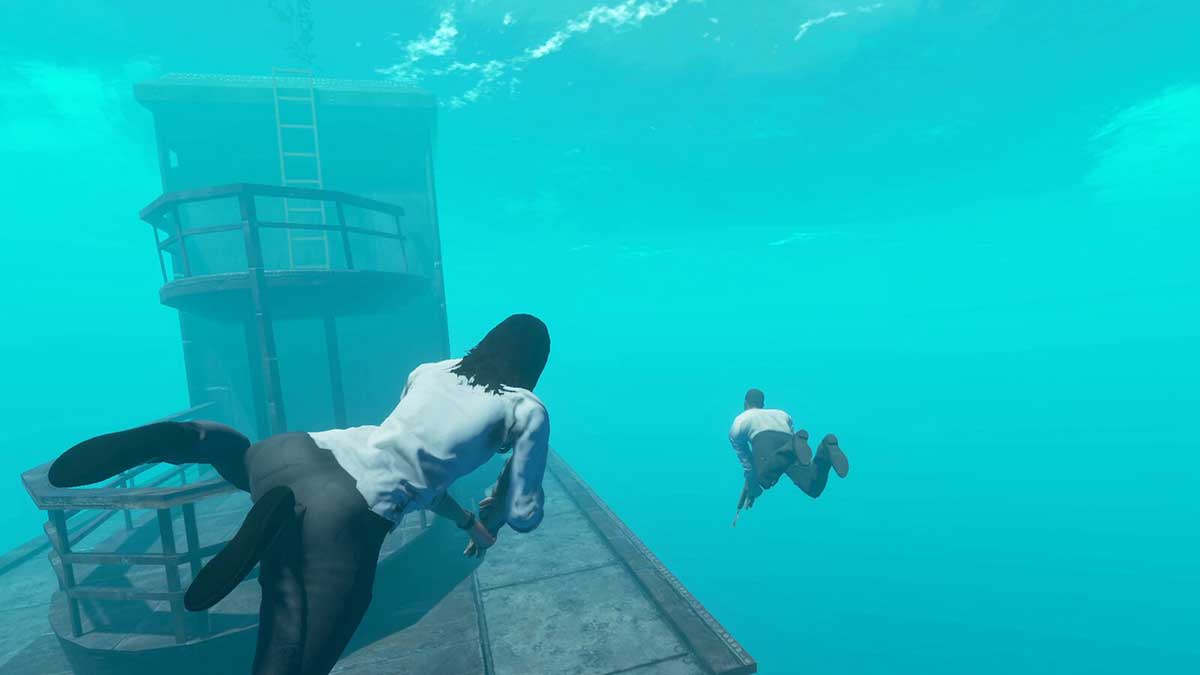 Developer Beam Team Games has announced that Stranded Deep will be getting a free update tomorrow that adds co-op across all platforms. Finally, it will be possible to survive, thrive, and potentially even escape with a friend in this immersive survival simulator. The update will roll out for all platforms the game is available on.

Stranded Deep is a survival game in which players are stranded on an island archipelago after a plane crash. They begin their journey on a relatively safe island but must soon venture out to find materials to help them survive by collecting water, killing and eating wildlife, and staying warm. Eventually, players must also build a vehicle to escape the archipelago, all of which will now be possible to do with another player.

Encounters with sharks and squid will be just as intense whether you’re going it alone or have a friend along for the ride. Each of the dangerous creatures you can encounter feels no less formidable just because there’s someone else to poke it with a spear nearby. Witnessing a friend being attacked in the ocean should only add an extra layer of fear to exploration.

In a post on the PlayStation Blog, the developer added that it’s been a dream come true to work on Stranded Deep with such a dedicated community of players. This is a feature that the community has been asking forever since the game first launched, and now it’s finally available.