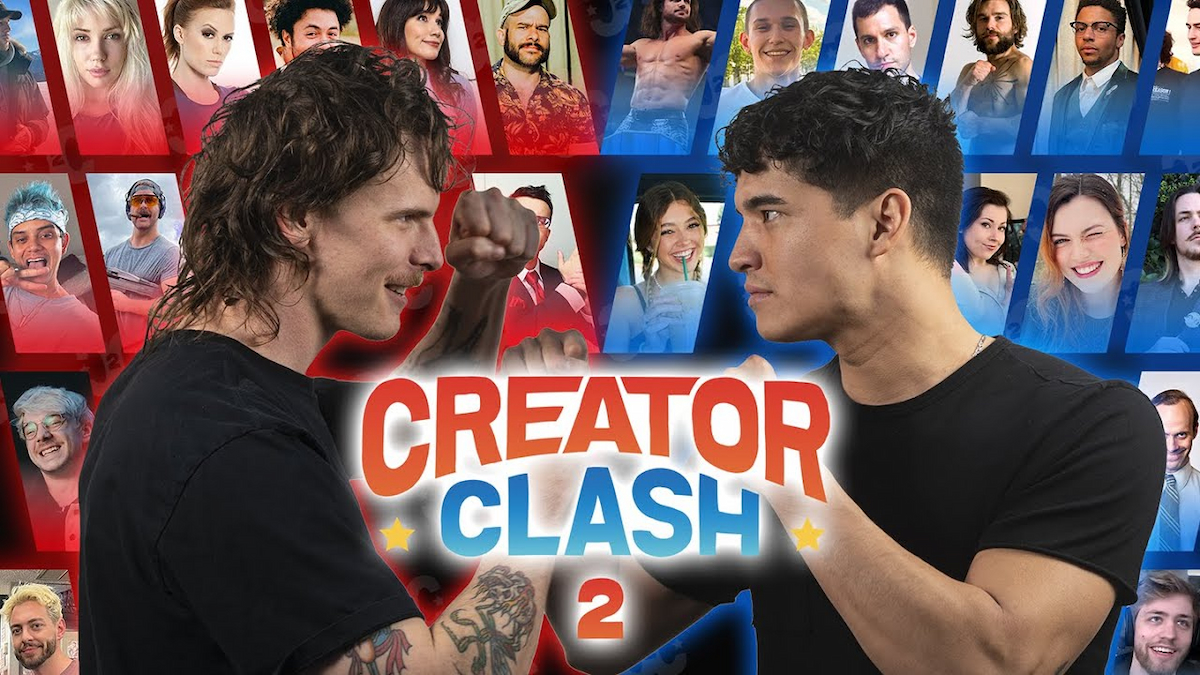 Following its hugely successful debut in 2022, Creator Clash will be making its return this April with a host of content creators taking part in the boxing spectacular, all to raise money for charity. Creator Clash 2 will see many new and returning faces step into the ring for their boxing debut, including event organizer Ian “iDubbz” Jomha, who will take on Alex Wassabi in the main event.

Of course, those two aren’t the only creators stepping into the ring. Several creators will be making their boxing debut, including Chris Raygun, Crankgameplays, Fitz, and Leonhart, as well as some returning favorites like Harley Morenstein of Epic Meal Time, Arin Hanson of Game Grumps, Nathan Barnatt aka Dad, and Ab of the H3 Podcast. The event will also see a larger number of female fighters, including Alanah Pearce, Mika, Abelina Sabrina, and Hayley Sharpe.

The event will also include a pre-show hosted by Markipler and Jacksepticeye and pre-fight interviews hosted by Esfand and Amouranth, with commentary provided by Tony Jefferies, Wade Plemons, and MoistCritikal. Unlike other influencer boxing events, all net profits from the event will go toward charities chosen by the creators, which include Able Gamers, American Heart Association, Critical Role Foundation, Nami, Alzheimer’s Association, and Nicklaus Children’s Hospital, to name a few. Seeing creators in the sport doing something for others rather than themselves makes a nice change.

The world of influencer and content-creator boxing has taken the sport by storm recently, with last year’s version of this event being well-loved and hugely successful, raising over $1.3 million for charity. This year’s event looks to make even more money for these great causes and will take place at the Amalie Arena in Tampa, Florida, a venue with twice the seating, and will be live-streamed via Moment.

In-person and live-stream tickets will go on sale on January 27 and can be found on the event’s website, along with all the event details and match-ups.