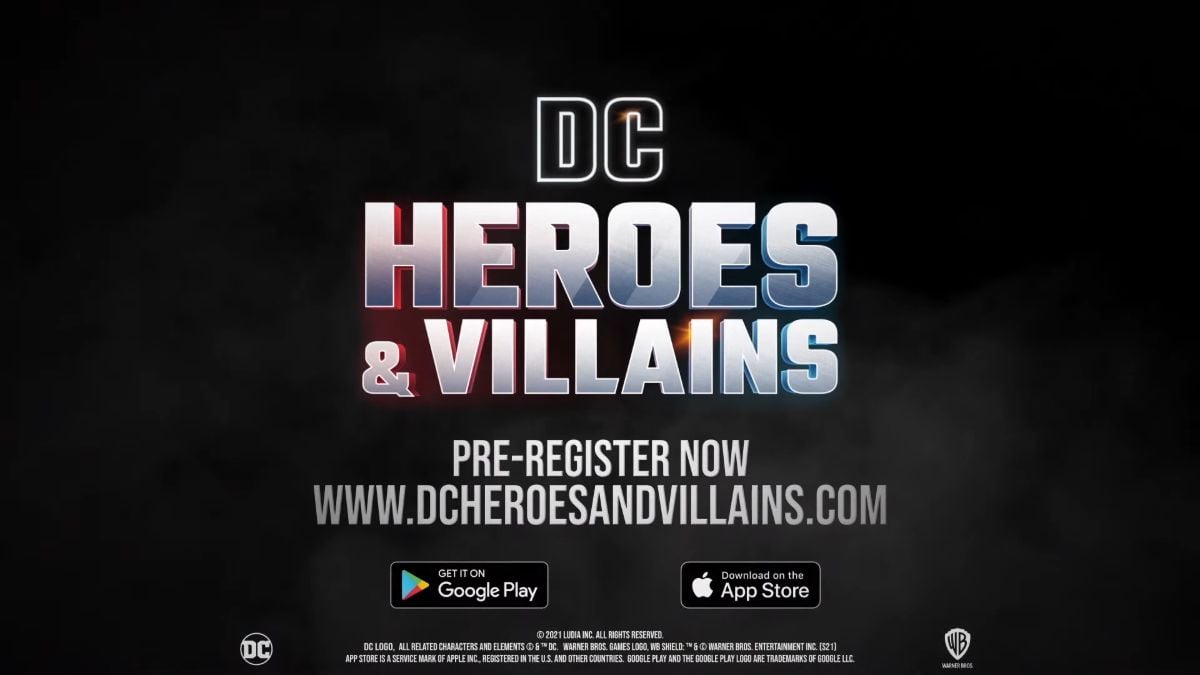 DC FanDome revealed a brand new mobile game based on the characters of the DC Universe. Titled DC Heroes & Villains, not much information was unveiled for the game other than a short teaser and that it will be available to pre-register today on the official website.

The main premise of the game will be about the superheroes of the DC Universe teaming up with their arch-enemies to stop a bigger threat. The teaser for Heroes & Villains didn’t reveal any gameplay as it was just a series of images featuring some of the DC’s biggest characters.

Related: New Batman/Fortnite crossover revealed for DC FanDome that will bring the Batman Who Laughs to the game

The teaser had heroes Superman, Batman, and Wonder Woman facing against villains Harley Quinn, Poison Ivy, and Lex Luther. However, their brawl was interrupted by Teen Titans’ mega-villain, and Raven’s father, Trigon.

A pulse hits the heroes and villains which drains them of their powers. This forces the group of heroes and villains to stand side-by-side to face the giant demon. The game will feature locations like Atlantis and Gotham City. There was no official release date for when the game launches.

DC Comics isn’t a stranger to mobile games as the company has released several throughout the years. The company has had a mobile game based on the Injustice series as well as an original game called DC Legends, which launched beforehand.