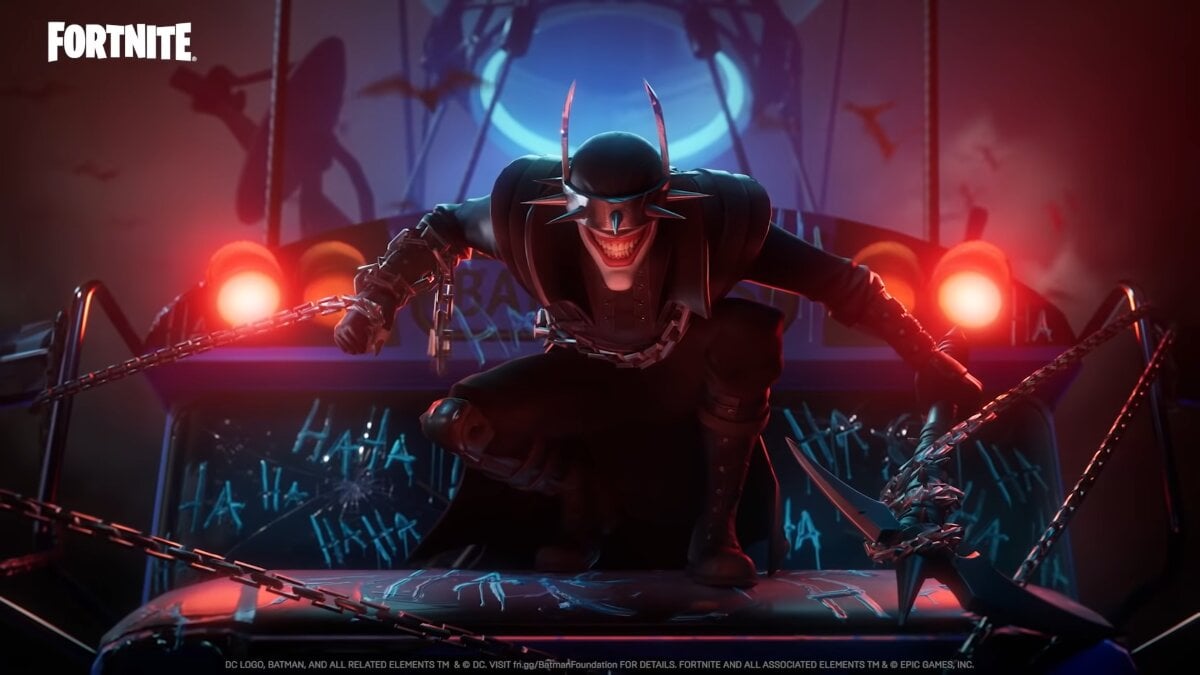 Fortnite and Batman crossed over previously with the Batman/Fortnite: Zero Point comic mini-series, which came with codes to download exclusive gear in Fortnite. DC’s Chief Creative Officer Jim Lee revealed today that a new crossover will be coming to comic stores on October 26.

This new comic is a one-shot called Batman/Fornite: Foundation. It will be 48-pages long and will release day and date in nine international territories — Argentina, Brazil, Czech Republic, France, Germany, Italy, Mexico, Poland, and Spain. All physical copies of the comic will include a bonus code to download a Batman Who Laughs player Outfit and an exclusive Batman Who Laughs-themed Loading Screen for Fortnite. Players will still be able to purchase the new outfit in the in-game Fortnite Item Shop on the same date as when the comic is released.

The Batman Who Laughs is a twisted version of Batman who comes from the “dark multiverse”. He is a Batman who becomes possessed with the Joker’s madness after he slayed the clown prince of crime with his own hands.

Batman/Fornite: Foundation will be written by Epic Games CCO Donald Mustard, Batman/Fortnite: Zero Point writer Christos Gage, and the Batman Who Laughs co-creator Scott Snyder. The art will be provided by Joshua Hixson and Roman Stevens, while the main cover will be done by Batman Who Laughs’ other co-creator Greg Capullo.

There will also be other new merchandising for Batman/Fortnite, which includes new shirts and sweaters. This announcement acts as a lead-up to the DC FanDome event, which will start on October 16 at 10 AM PT.