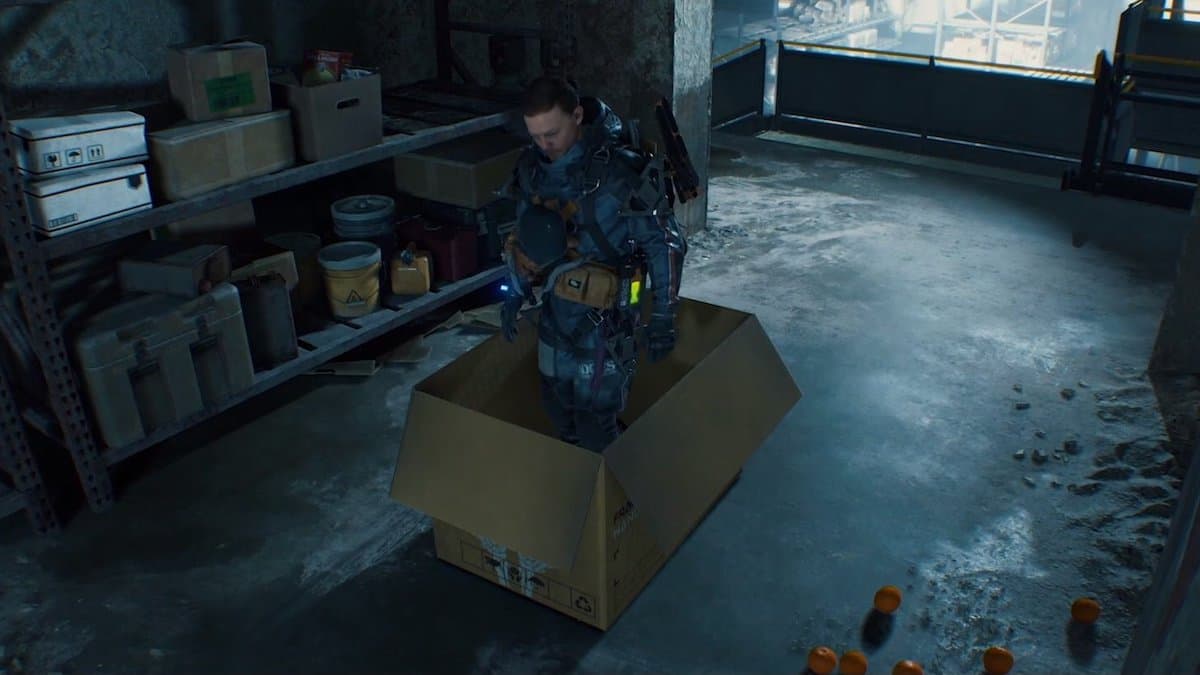 Near the top of the Summer Game Fest, host Geoff Keighley brought on game director Hideo Kojima for a brief chat. While Kojima had no new original title to announce, he had “one more thing” to share. A new trailer running on PlayStation 5 showed off new content for Death Stranding, which will be part of a Director’s Cut coming exclusively to the current generation PS5 console.

The trailer showed off an indoor stealth sequences, which is pretty new and unfamiliar for players of the original game. At one point, Sam Porter Bridges empties a Fragile Express cardboard box full of oranges, and it happens to be large enough for Sam to fit in. Followers of Kojima games will instantly know this to be a reference to Metal Gear Solid, as Snake had an affinity for using a cardboard box for stealth.

Unfortunately, Sam seems to be a complete dope and doesn’t seem to know how to use a darn cardboard box for stealth, placing himself inside with the box open side up. So it’s safe to not expect proper box stealth in this version — it’s likely just a fun wink and a nod to Kojima’s fanbase. The frame rate already looks like it got a bump, and the Decima Engine looks as impressive as it did on PS4. Expect a full reveal for Death Stranding: Director’s Cut fairly soon.