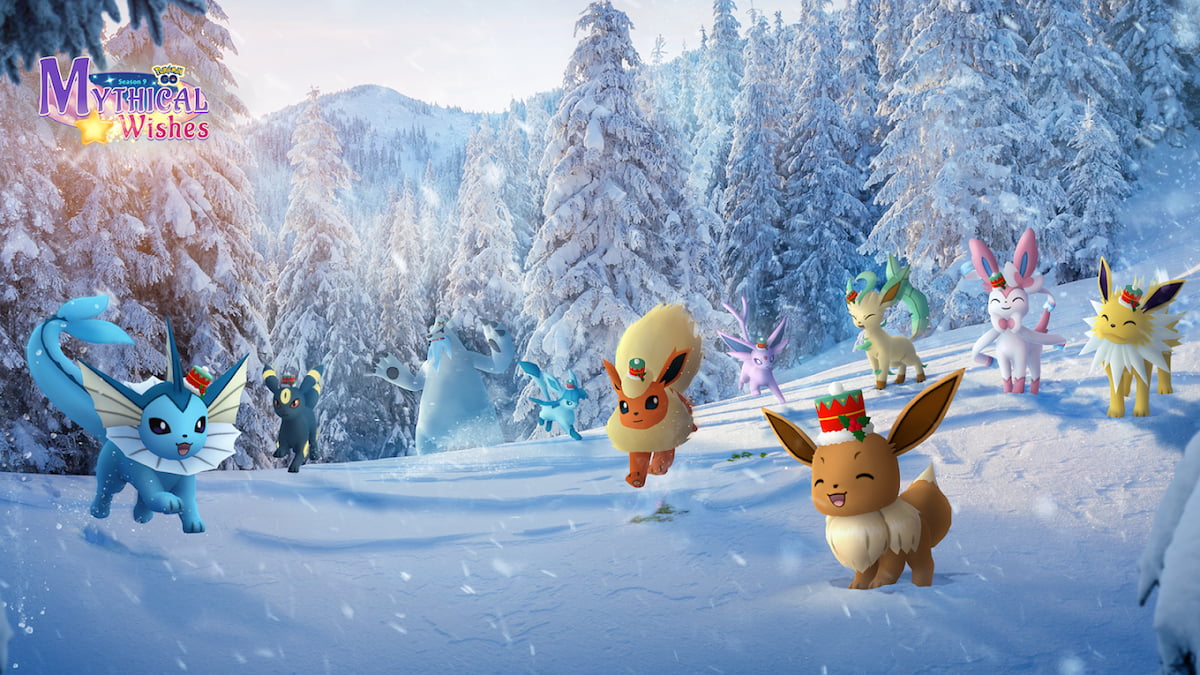 The last few weeks of December 2022 are nearly here, and Pokémon Go is wrapping up its Winter Holiday event by ushering in the second part. In this second section of the event, players can find Eevee wearing a holiday hat in the wild. Players can evolve it to feature their Eeveelution as a celebration of the holiday season. Beartic can also appear wearing a holiday ribbon. Hisuian Avalugg is making its raid day debut on Christmas Eve for any player who can spare a few minutes away from their families.

Eevee wearing a holiday hat will appear in the wild, and Beartic, as mentioned, will wear a holiday ribbon. For players eager to add this iconic Eevee to their collection, we recommend exploring their local neighborhood to track it down. Eevee encounters are one of the more common Pokémon to find in the game.

Related: Zekrom and Reshiram signature moves have been spotted by Pokémon Go dataminers

Later in the Winter Holiday Part 2 event, Hisuian Avalugg makes its debut in raids on December 24 from 2 PM to 5 PM. Players lucky enough to find this rare Hisuian Avalugg will likely want to bring a friend with them to defeat and catch it. In addition, there is a mini-event happening at the same time called the Winter Wonderland event from December 24 to December 25, where players can complete the Winter Wonderland Collection Challenge to encounter a Galarian Mr. Mine, earn experience points, and acquire an incense item.

While it is nice to see the team bringing Hisuian Avalugg to the mobile game, the timing is a bit difficult, especially given it is happening on Christmas Eve. Also, the Winter Wonderland challenge is on Christmas Eve and will go into Christmas day. We’re going to bet most players will spend time with their families.

Regardless, the standard Winter Holiday Part 2 starts on December 23 and goes until December 31, closing 2022 on a somewhat rocky year for Niantic. We hope the development team takes the feedback the community has provided them into 2023, and we see fewer paid tickets and fewer time-restricted activities.