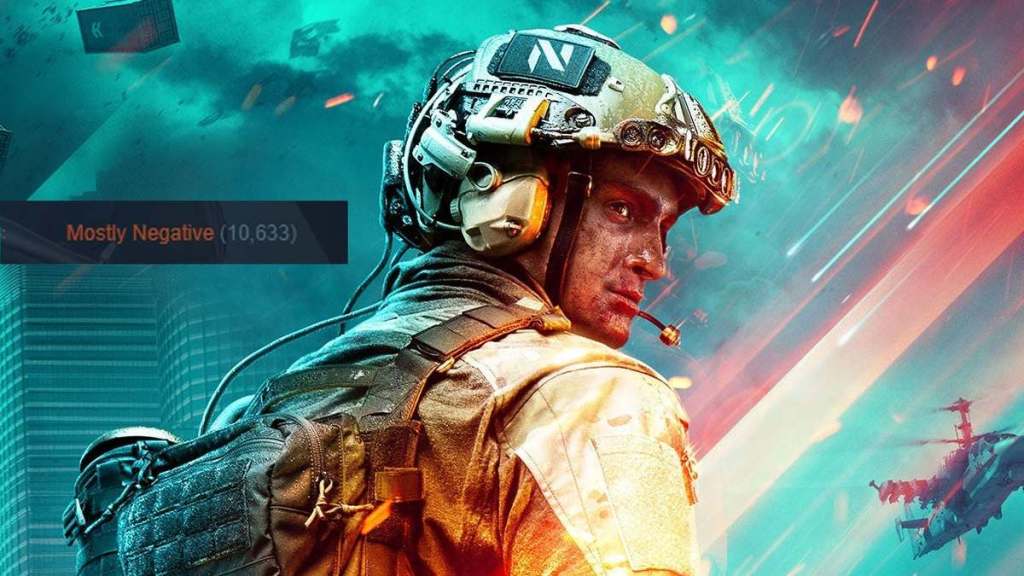 In a not-so-surprising turn of events, the long-anticipated Battlefield 2042 has launched to a chorus of boos. EA DICE’s title is currently sitting with a Mostly Negative review score on Steam, with only 22% of players giving it the thumbs up at the time of this writing. And yet, despite the loud disapproval voiced by the franchise’s fanbase, Battlefield 2042 is not struggling with player counts, currently rocking over 100,000 concurrent players.

In fact, Battlefield 2042 is sitting among the top 10 games on Steam in active player numbers. Since it officially launched worldwide roughly 12 hours ago, the game has not dipped in its concurrent player count. It sits ahead of powerhouses like Halo Infinite, Warframe, Team Fortress 2, Rust, and Tom Clancy’s Rainbow Six Siege, despite being more expensive than each of them. Battlefield 2042 also has a higher player count on launch day than any other Battlefield game released on Steam to date has had at the height of their popularity.

It’s not clear what the future holds for Battlefield 2042. The game has been largely decried as a major step back for the franchise by long-time players, but it is undeniably selling well. The live service model and its willingness to try new things may see Battlefield 2042 eventually embraced by the countless players who vocally dislike it yet can’t stop playing it right now.