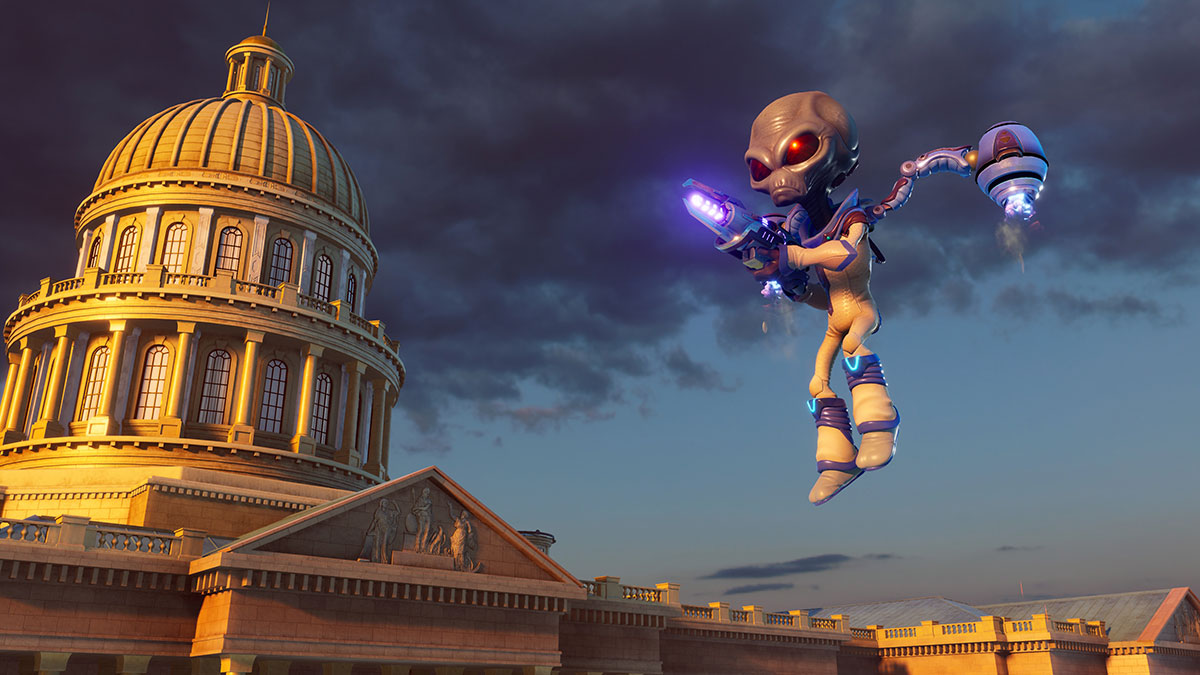 THQ Nordic has announced that Destroy All Humans! is coming to Nintendo Switch. This is the same remake version of the game launched for PlayStation, Xbox, and PC in July 2020. The Nintendo Switch version comes packed with all the skins available in the main game and the Skin Pack DLC. The game’s standard version will cost €39.99/$39.99/£34.99 when it launches on June 29.

The Destroy All Humans! remake was extremely well received last year. Every texture is updated, the weapons and abilities reworked, and two missions that never made it into the original release were finished and included for all fans to enjoy this time around.

In addition to the standard edition, two special editions of the game will also be available for Nintendo Switch. The Crypto-137 Edition includes a figurine of Crypto-137, the protagonist, a Crypto backpack, six lithographs, a keychain, and an anti-stress toy. The entire thing comes in a premium box, and will cost €399.99/$399.99/£349.99.

In Destroy All Humans!, players take on the role of an alien sent to Earth to identify whether the DNA deposited eons ago by his ancestors is ready to harvest. Each mission puts players against new challenges, such as blending in with the local population, burning a fair to the ground, become the mayor, and evading the military forces that are out to capture and experiment on them.

A plethora of upgrades to both Crypto-137’s weapons, abilities, and ship make for a meaningful feel of progression throughout. The reworked features make the game feel brand new, even to veterans of the original 2005 release.