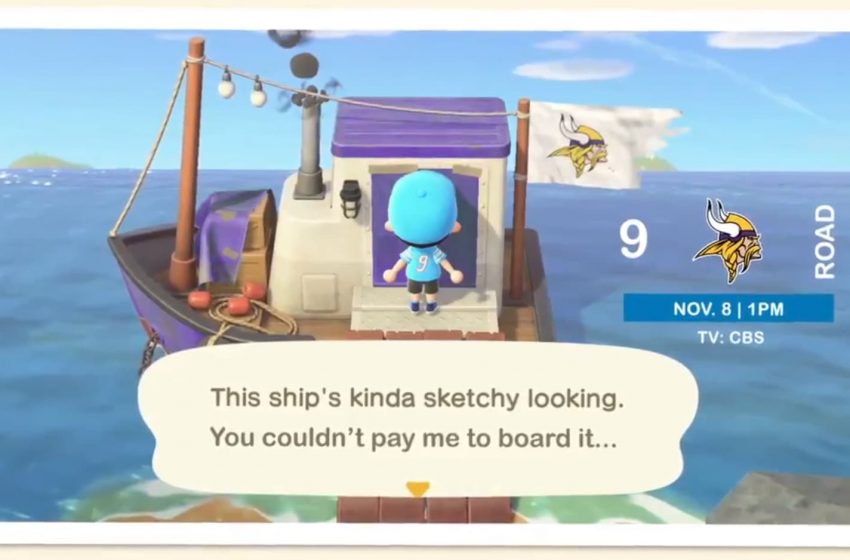 The Detroit Lions got creative with their 2020 schedule announcement using Animal Crossing.

Nintendo’s Animal Crossing is the hit game of quarantine. Everyone is playing, including some famous names. Just last month, Elijah Wood visited a fan’s island after they posted their turnip prices on Twitter. Monterey Bay Aquarium teamed up with the Smithsonian and other organizations to stream an eight part tour of Blathers’ museum. Now, NFL teams are joining in. The Detroit Lions announced their schedule with an Animal Crossing video.

The Twitter video is a creative look at the upcoming 2020 schedule, using various scenes to represent the match ups. The video goes through the entire schedule, including the bye week with different, unique representations. To start the video, Tom Nook announces the Detroit Lions schedule event before scenes start progressing. The player character, representing the Lions with their signature light blue gear, begins by burying a stuffed bear for the Chicago Bears.

Clever editing for each event makes the video charming with a little sass. Redd’s sketchy pirate ship symbolize the Vikings, while catching a seahorse, cleverly changed to a sea colt, is for the Colts game. At one point, the character visits Blathers’ Smithsonian Museum. Blathers asks what brought them in. The player offers Washington Redskins tickets, to which Blathers treats it like a bug donation, calling it a “wretched thing.”

For Detroit Lions fans, the video was a creative reprieve and a promise of the upcoming season. And for those that really want some gear for their island, the Lions shared their Creator Code in a follow-up tweet. Even non fans will appreciate the clever editing and shade thrown in the video.