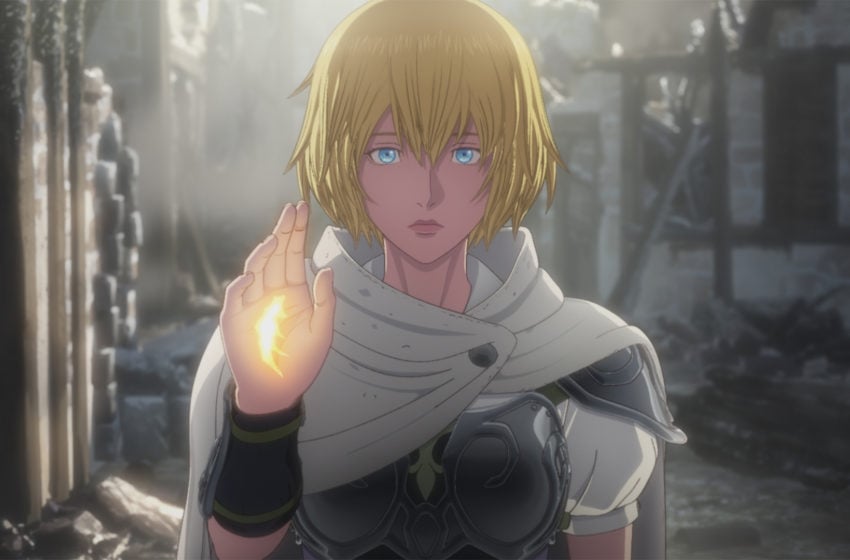 Dragon’s Dogma anime series is releasing on September 17, 2020, Netflix has announced today. The anime series was announced last year and worked under the radar before we get the release date out of surprise.

Netflix has also shared a poster of the series, depicting a heart and the Arisen with a dragon in the background.

More details were shared by the official Dragon’s Dogma Twitter account, particularly about the story. The man we see in the artwork is Ethan, who will be on a quest with his pawn Hannah to reclaim his heart.

The tweet also provides fans with a first look at the series in action, with three never seen before images from the anime. The first image on the right sees Ethan and Hannah being very close, while the others show a dragon and a mysterious blonde character.

In more good news, series creator Hideaki Itsuno from Capcom has revealed he “also participate[s] in supervision.” In his tweet, weirdly enough, he used the hashtag #DMC5, Devil May Cry 5, which is his latest game.

Itsuno is now busy working on a new project, although it is not clear whether it’s the fan-requested Dragon’s Dogma sequel or something else.

The official description of the Netflix series, released last year, said that “the story follows a man’s journey seeking revenge on a dragon who stole his heart.”

“On his way, the man is brought back to life as an ‘Arisen.’ An action-adventure about a man challenged by demons, who represent the seven deadly sins of humans.”