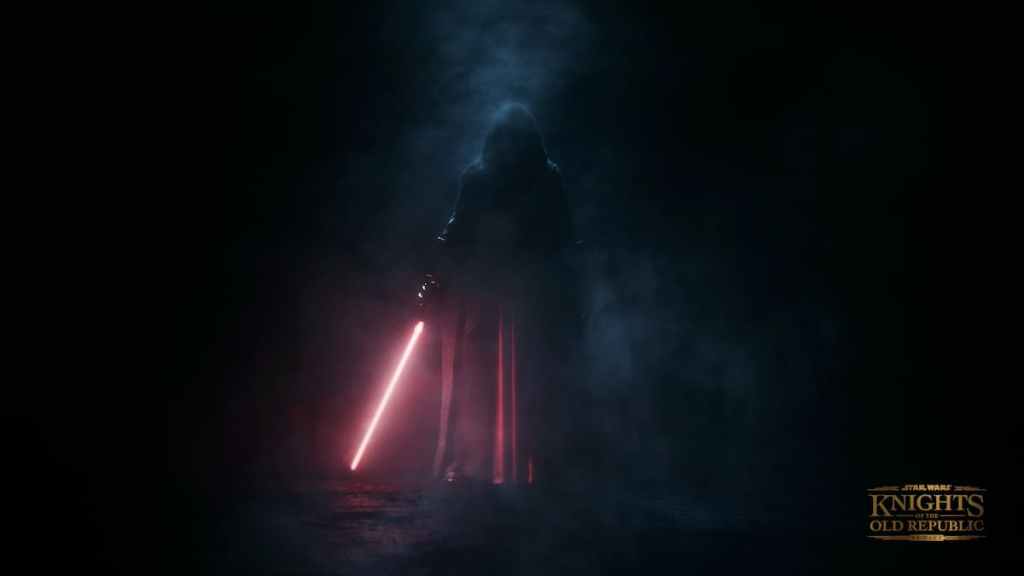 Prominent games industry insider Geoff Keighley reached out to Bioware and EA concerning the Star Wars: Knights of the Old Republic remake. The EA spokesperson replied by dodging the question. Instead of outright answering, the studio namedropped existing Star Wars titles and stated that they look forward to creating more experiences. The spokesperson’s dodgy statement potentially points to EA and Bioware’s lack of involvement in the project.

Star Wars: Knights of The Old Republic – Remake was announced at this week’s PlayStation Showcase. The 40-minute long event opened with a teaser trailer announcing the title. The game is in development by Aspyr Media, a company that has handled several modern Star Wars conversions. This team was responsible for the modern releases of Star Wars Episode 1 Racer, Star Wars Jedi Knight 1 and 2, and Star Wars Republic Commando. Aspyr Media even ported the original KOTOR 1 and 2 to iOS and Android phones.

The Knights of The Old Republic Remake is still in “very early development,” according to the official PlayStation Blog post. The blog post also mentions that the Aspyr Media team is comprised of some of the original game’s developers. At launch, it is releasing on PC with timed console exclusivity on PS5. While Bioware and EA may not be involved, the studio’s announcement tweet highlights their release is a collaboration between PlayStation and Lucasfilm Games.