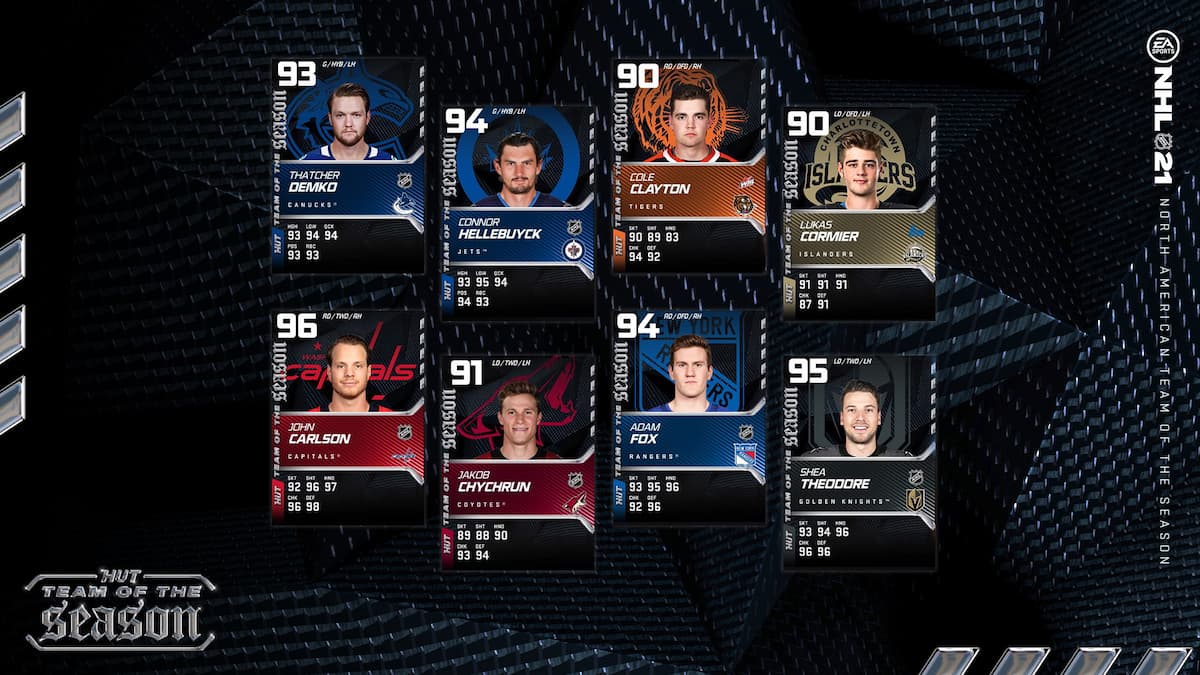 On the same day that EA Sports kicked off the FIFA 21 Team of the Season (TOTS) promo, the NHL 21 TOTS program opened up as well. EA Sports and the NHL team have honored some of the top players from throughout North America this week, and the promo starts off with some obvious choices.

Here’s a breakdown of which top North American players received awards from the NHL 21 team:

HUT players can attempt to pick up these players through packs. Additionally, the NHL 21 team has added a series of Sets that can be used to acquire TOTS players.