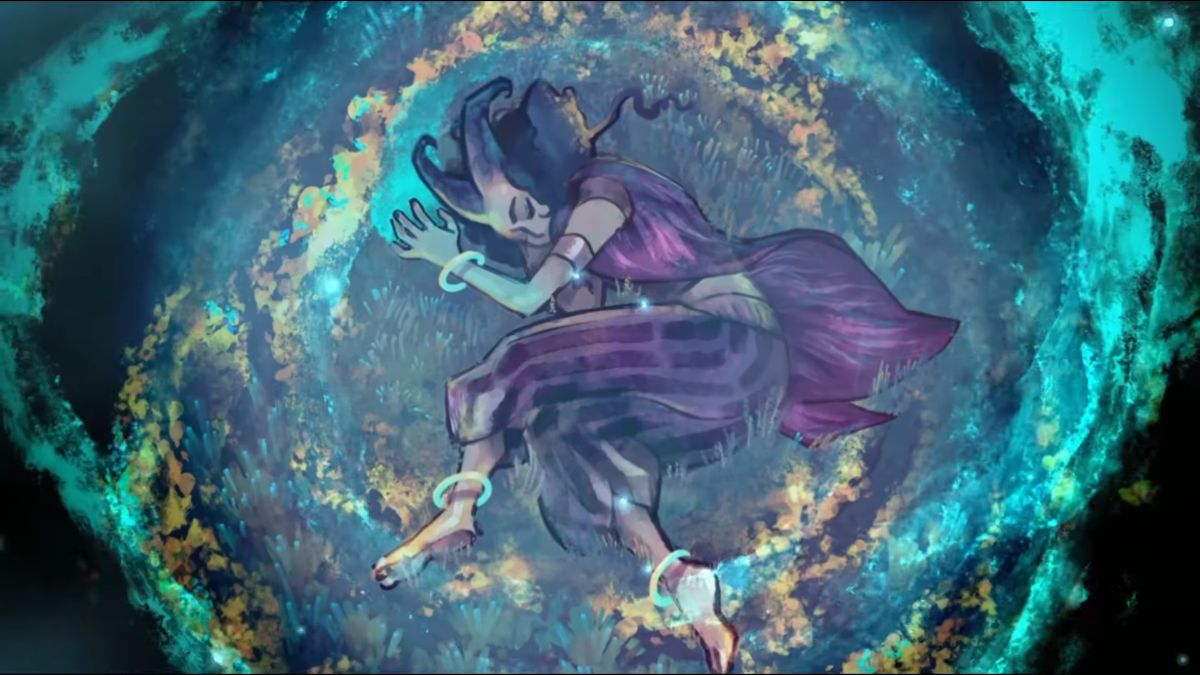 The studio behind the critically acclaimed video game Celeste has shared new footage of its next project, Earthblade. While Celeste was a platforming, puzzle-solving adventure game, Earthblade is more of an action game where players platform across a fantastical Earth. The footage was revealed during The Game Awards, highlighting Earthblade’s impressive pixelated artwork. The game is still far from release, with a current release window of 2024.

Earthblade centers on a being known as Névoa, who is described as an “enigmatic child of Fate.” Névoa returns to a ruined Earth and needs to travel across what remains of the planet, facing off against strange creatures and exploring odd structures. The art design for Earthblade appears to be heavily inspired by old-school fantasy games, with the logo being a direct homage to Final Fantasy games.

Earthblade was first announced in 2021, but the 2022 ceremony was the first time an in-depth trailer for the game was shared. Earthblade is a follow-up to the team’s previous title Celeste. Celeste was released under the developer team’s previous studio name, Matt Makes Games, before rebranding as Extremely OK games in 2019.

Celeste received universal acclaim for its tight gameplay controls, impressive pixelated artwork, and touching story that deals with serious topics like depression and insecurity. Fans are keen to see Earthblade and its creator Extremely OK Games can capture the same lightning in the bottle that they did with Celeste.

Celeste previously won the Best Independent Game Award during The Game Awards 2018. In an interesting story, the team at Extremely OK Games actually lost their awards statue, and it somehow ended on eBay. The trophy was sold for around $375 to a fan, who initially thought the figure was a replica. Eventually, the trophy was able to make it back to the hands of the developers in February 2022, nearly three years after the team won the award initially.