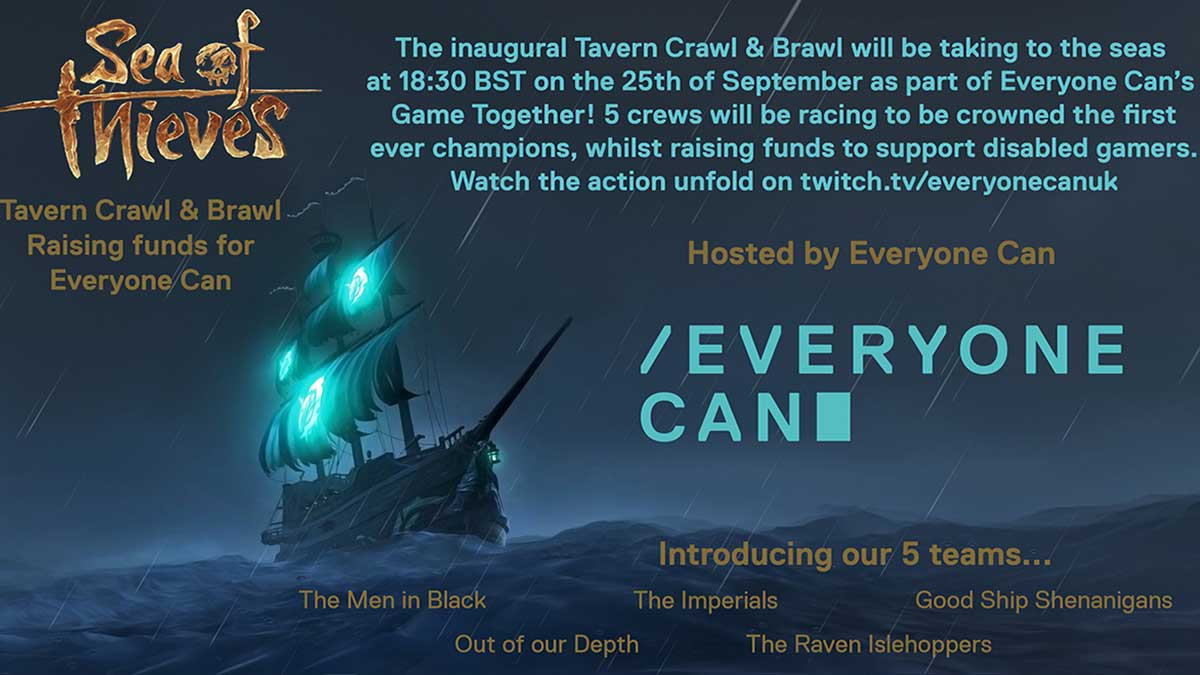 Image via Everyone Can

Charity Everyone Can is running a special event in Sea of Thieves this weekend. The event is a Tavern Crawl and Brawl that tasks players with racing between islands while the entire thing is streamed live on Twitch, raising money that will be used to support disabled gamers.

The Tavern Brawl and Crawl takes place on Saturday, September 25 at 6:30 PM BST/10:30 AM PT. The event will be played by five teams of streamers: MoMolsEdgy69 leads The Men In Black, Darth Tikal captains The Imperials, ClappyVonTrappe is the leader of Good Ship Shenanigans, Spinal Crush heads up Out of our Depth, and SourScar oversees The Raven Islehoppers. Each captain will broadcast the event on their Twitch channel, as it’s likely will the crew members.

Everyone Can is a charity dedicated to helping those with disabilities play games, talk, and take control of their lives through various technologies. The money raised by events like this Tavern Crawl and Brawl help to buy things like Microsoft’s adaptive controller and pay for engineers to customize all sorts of technology to suit the needs of every individual the charity works with.

If you’re looking for a reason to take a massive journey around the world of Sea of Thieves over the weekend, you can follow the route alongside each of the teams. Coincidentally, Sea of Thieves Season 4 kicks off today, so you can sail alongside these veterans while earning progress towards your battle pass.