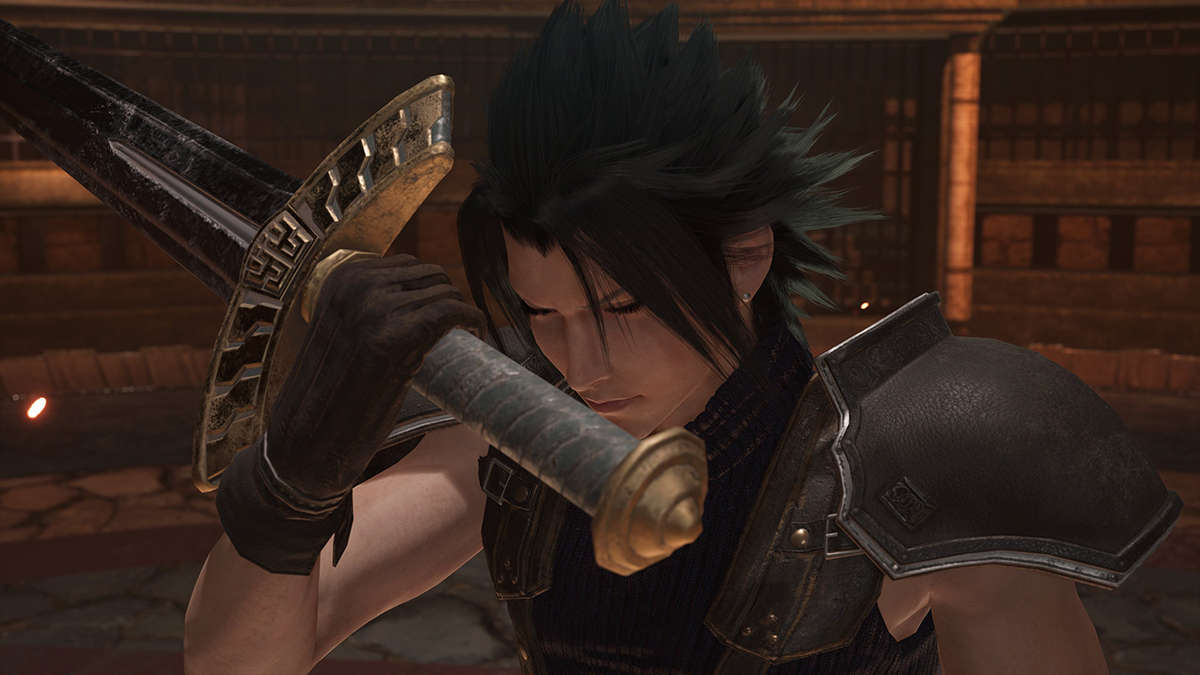 With fans eagerly waiting for the next part of Final Fantasy VII Remake to come out, they’ve had to sate their appetite with Final Fantasy VII Crisis Core Reunion. This remake gives the uneven sequel a similar upgrade, with beautiful graphics and a refreshed combat system. Part of that graphical upgrade is bringing the art collection in a certain Shinra mansion to life, but it looks like Square might have cut some corners in doing so.

During Chapter 8 of Final Fantasy VII Crisis Core Reunion, players are confronted with the opulence and luxury of Shinra Manor. This includes a rather substantial art collection. Because this is a Final Fantasy game, fans went over every detail of these paintings and discovered that they were recreations of real-world paintings.

As originally reported by Kotaku, one of these paintings had something a bit extra across its middle. In the Final Fantasy version of Fleet Street across Ludgate Circus, London, 1881 by John Crowther, there is the distinctive Getty Images watermark, implying that someone at Square Enix went onto Google Image search and pulled the preview from there without paying for the Getty license. It’s something every college student has done but is usually frowned upon when putting together the latest entry in one of the most popular video game franchises of all time.

Aside from likely breaking copyright law by using an image from Getty Images without paying for a license, this isn’t a great look for a company as large as Square Enix. They could easily afford to use the image legally and this is probably the result of an artist rushing to meet a rapidly approaching deadline.
If you want to spot this for yourself, you will have to be quick. Square Enix will likely be rolling out a patch to remove the legally-dubious images from the game. The offending image appears three times in the Shinra Manor location during Chapter 8 of Final Fantasy VII Crisis Core Reunion.