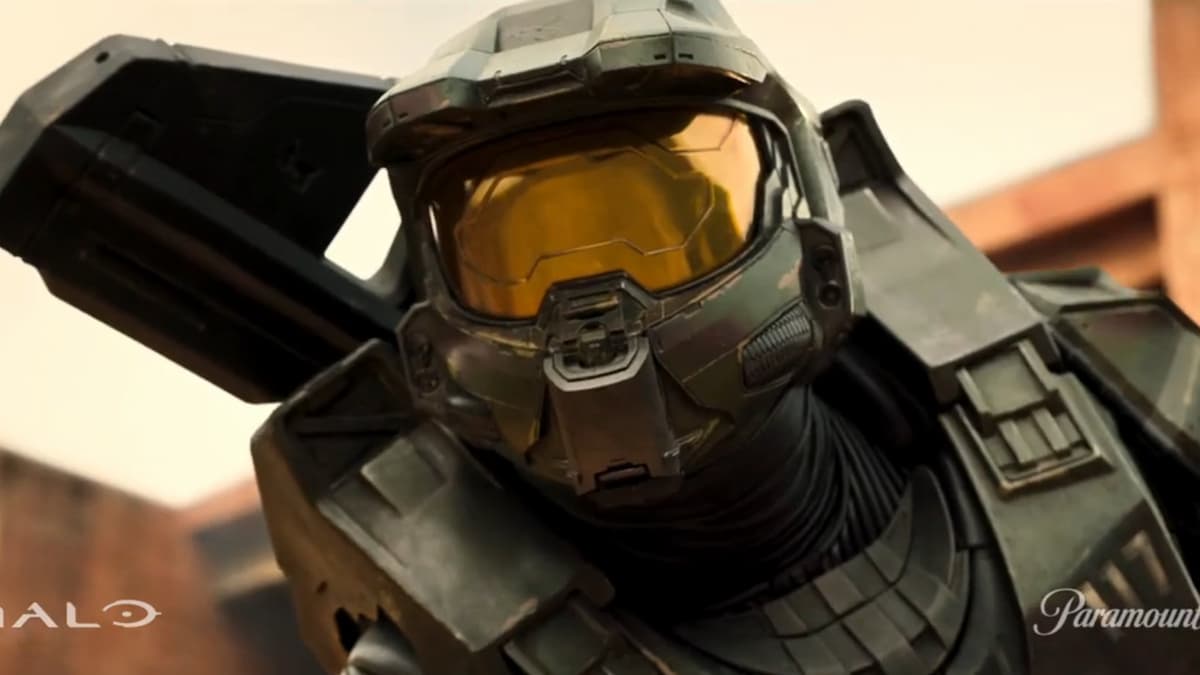 The debut teaser for the Halo TV series on Paramount+ was released as part of the Xbox 20th Anniversary Livestream. Today, the First Look Trailer for the series was unveiled during the 2021 Video Game Awards Livestream. The trailer gives the fans the best view of the series yet, and the first good look of what Master Chief will look like in the show.

The trailer is narrated by what we can presume to be Natascha McElhone as Dr. Catherine Halsey, Cortana’s creator from the main franchise. We get a good glimpse at the cast and the scope of the series. The trailer ends with the Master Chief landing hard on the ground, finally giving fans their first real look at the character as to how he will appear in the show.

According to the details shown in the trailer, the series perfectly matches the aesthetics of the Halo games. There is a glimpse of several classic Halo vehicles, including vehicles that appear to be based on the Warthog and Beacon. The most impressive thing in the trailer, though, was the look of Master Chief himself. The character looks like he was taken straight out of the games.

The Halo series has been in development since 2018 and was originally going to air on Showtime before moving to Paramount+. Actor Pablo Schreiber will play the lead character Master Chief, and he is joined by Jen Taylor, who is reprising her role as Cortana from the games.