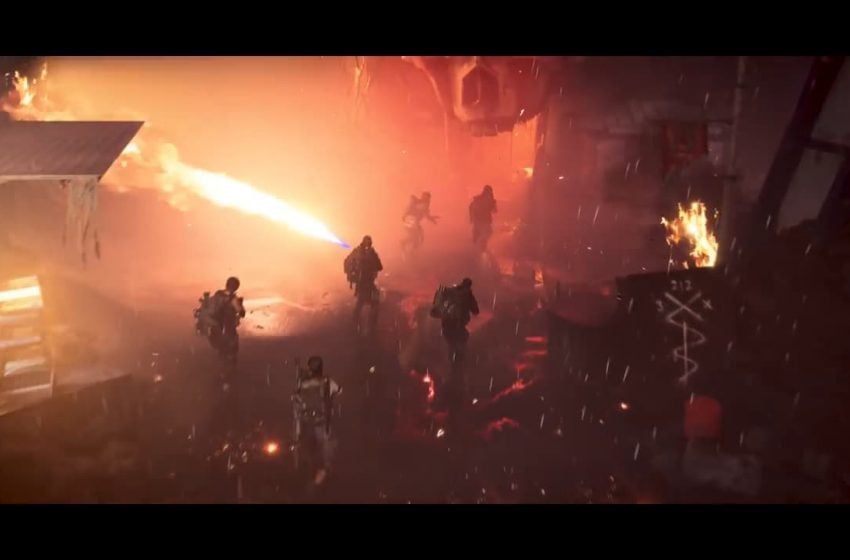 Ubisoft released a new teaser trailer for The Division 2’s next free DLC today, showing off a bit more of what we can expect when it launches in February. As was previously confirmed, the game’s upcoming narrative expansion will take players to Coney Island, but it also looks like a new specialization is about to turn up the heat.

Among the Black Tusk paramilitary group forces that are involved in the upcoming mission are flamethrower-wielding troopers, of the kind that have tormented players with their ability to quickly roast anyone who spends more than the briefest moment in range of them. Unless Ubisoft is pulling a particularly cruel fake-out, it looks like players will finally see what it feels like to be on the other side of the fire-belching weapon, as a Division agent is shown in the trailer pushing back Black Tusk soldiers with a flamethrower of their own.

In all likelihood, the flamethrower will be part of the kit for the new specialization that was announced to come in this update but wasn’t yet identified.

The new trailer also spells out more about the mission. The Black Tusk has captured a scientist who may have the key to stopping the disease that was unleashed at the beginning of The Division, and they’re holding him in a cell there for an unknown—but it’s probably not a humanitarian one. In the trailer, we get a look at not only part of a battle to free the scientist, but some of the new tools that Division agents will have at their disposal as they assault the Black Tusk compound.

We know that the next update for The Division 2 is coming in February, but Ubisoft hasn’t gotten any more specific than that. The end of the trailer simply says that it’s “coming soon.”

The update will be free to all players, but those who’ve purchased the game’s Year 1 Pass will get access to the new specialization as soon as it drops, and can play the entire new update one week early.