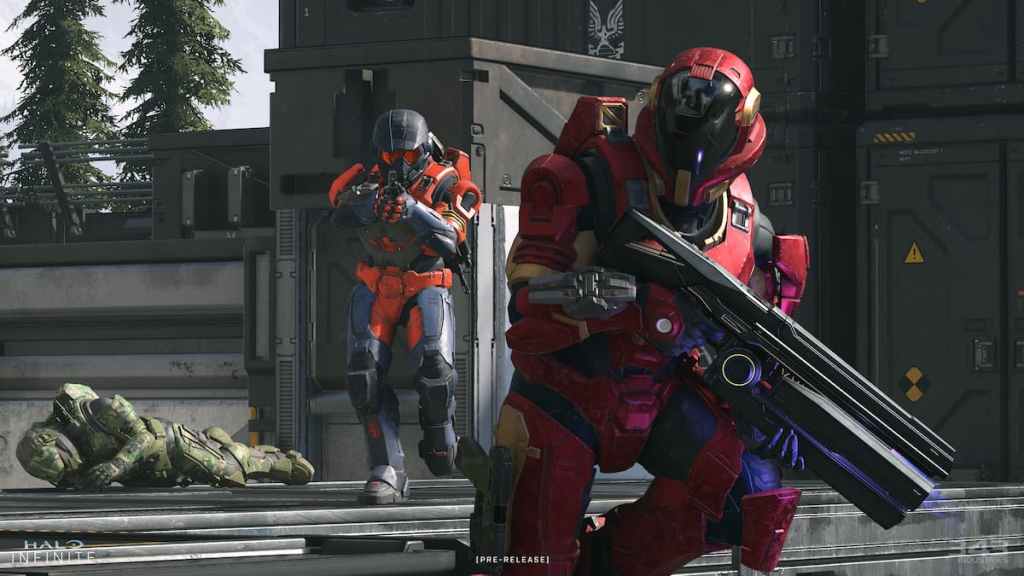 Following the Halo Infinite Multiplayer Tech Preview in August, 343 Industries is set to make some changes to the game going forward. Of biggest note are bot difficulty adjustments and a return to a classic Halo radar in the corner of your screen.

Overall, the bots in the Tech Preview were received very well by people playtesting Halo Infinite, but some tweaks are in store for them. A common complaint was that their grenade throws were too perfect, so they are being adjusted. Also, the overall accuracy of bots is only slightly being modified, but not much because an easier difficulty setting is available in the game, just not during the Test Flight. The bots’ logic was already being worked on in a newer game build than players saw, so expect them to act more independently of each other and not follow the same path in the next preview.

For the radar, the first preview had a new version than the one Halo usually uses. That version only would show enemies if they were sprinting or firing. Testers said they did not like it overall, so 343 are going back to the traditional Halo radar where all motion is shown besides crouch walking. It will be implemented in the next Test Flight.

Other notes 343 provided from the community’s feedback include the following: