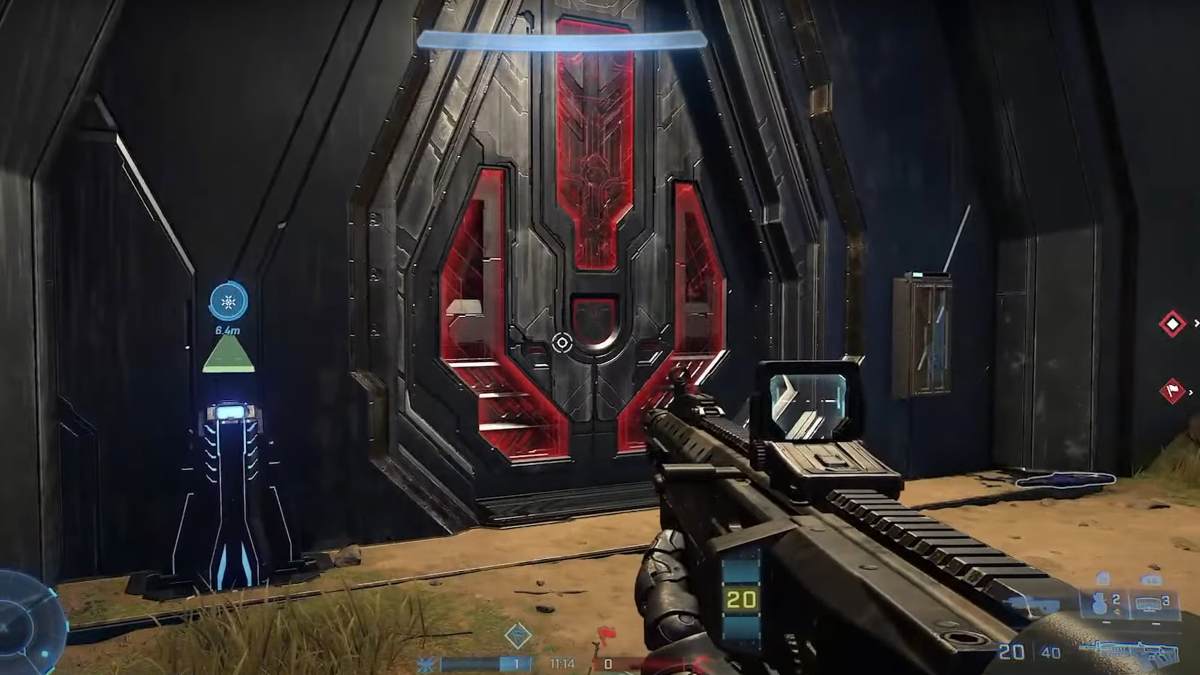 Fragmentation—one of Halo Infinite’s Big Team Battle multiplayer maps—has what the developers refer to as a “loot cave.” The vault contains both power weapons and equipment for players to fight over in order to possibly turn the tide of battle.

The loot cave was revealed during a Multiplayer Tech Preview Early Look livestream over on the Halo YouTube channel on September 22. There, senior multiplayer designer Fernando Medina and community director Brian Jarrard were commentating over the former’s recorded Big Team Capture the Flag match on Fragmentation when they came to a locked door tucked away behind some rocks.

As Medina’s Spartan makes his way to a terminal beside the door, Medina explains that players must first hack the entrance using their AI companion in order to access the loot cave. The process takes about 20 seconds in the video, meaning players must defend themselves and their AI while the loot cave is unlocked. “Whoever gets here first gets the loot,” as Jarrard puts it.

Jarrard also points out that the loot cave is just a “sub-objective” within the larger BTB match, but the valuable power weapons and equipment stored in the cave could make the difference between winning and losing. Medina describes the loot cave as “an interesting way of bringing more power into the match.” In this case, the trade-off of temporarily abandoning the main objective provides Medina with both an Overshield and a Gravity Hammer.

Medina notes a few minutes later in the livestream that the loot cave does respawn after an unspecified cooldown time. It’s unclear whether Fragmentation will be the only BTB map to feature a loot cave once Infinite launches in December, but it seems unlikely given the thought put into the design. Players will have to decide for themselves how much high-level loot means to them as they jump into Big Team Battle during Halo Infinite’s second tech preview.