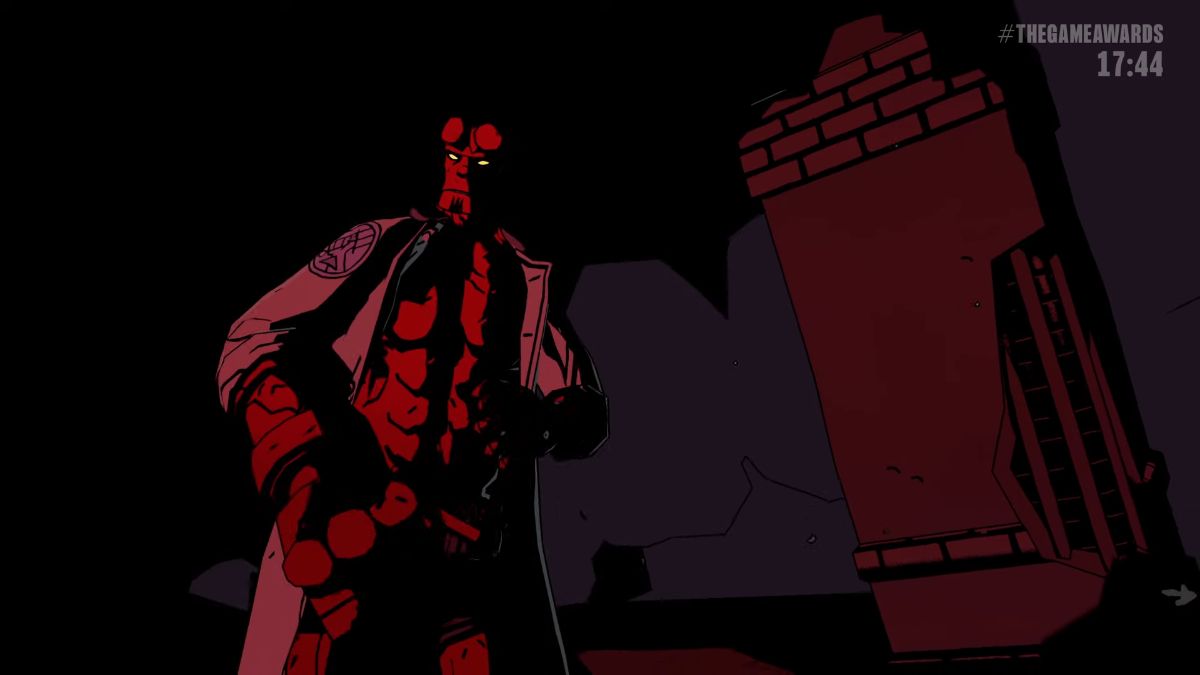 A new Hellboy game got announced during The Game Awards. The new title will use cel-shaded graphics that makes it look exactly like the artwork of Mike Mignola, the creator of Hellboy. The new game is called Hellboy: Web of Wyrd and is developed by Upstream Arcade in partnership with Dark Horse Comics and Mignola. The game is described as a 3rd person roguelite action-adventure game starring everyone’s favorite demon hero. The game will launch on the PlayStation 4, PlayStation 5, Xbox One, Xbox Series X/S, the Nintendo Switch, and Steam, but no release date was shared during the ceremony.

The combat in the game focuses on hand-to-hand fighting, with Hellboy using his signature fist to smash his enemies. The main story is set in the 1980s when a group of B.P.R.D. agents goes missing at the mysterious Butterfly House. The building was constructed in the 1960s by occultist Pasquale Deneveaux. It’s up to Hellboy to go to the building and rescue his missing comrades. The title will feature multiple different storylines that will unify at the end to make a unique “Hellboy experience.”

Hellboy is one of the few mainstream superheroes not owned by either DC Comics or Marvel and is instead published by Dark Horse Comics under the guidance of his creator Mignola. Mignola is famous for his unique art style that focuses on heavy shadows and abstract shapes. Hellboy is a demon summoned by the Nazis during World War II but instead became an agent for the B.P.R.D., a secret organization that helps stop the supernatural that threatens the normal world.

Hellboy, the character, received newfound attention in the 2000s, when two live-action films were released starring the titular character. In the first two films, the titular Hellboy was played by Hollywood movie star Ron Perlman. The movie franchise was later rebooted with David Harbour as the lead.