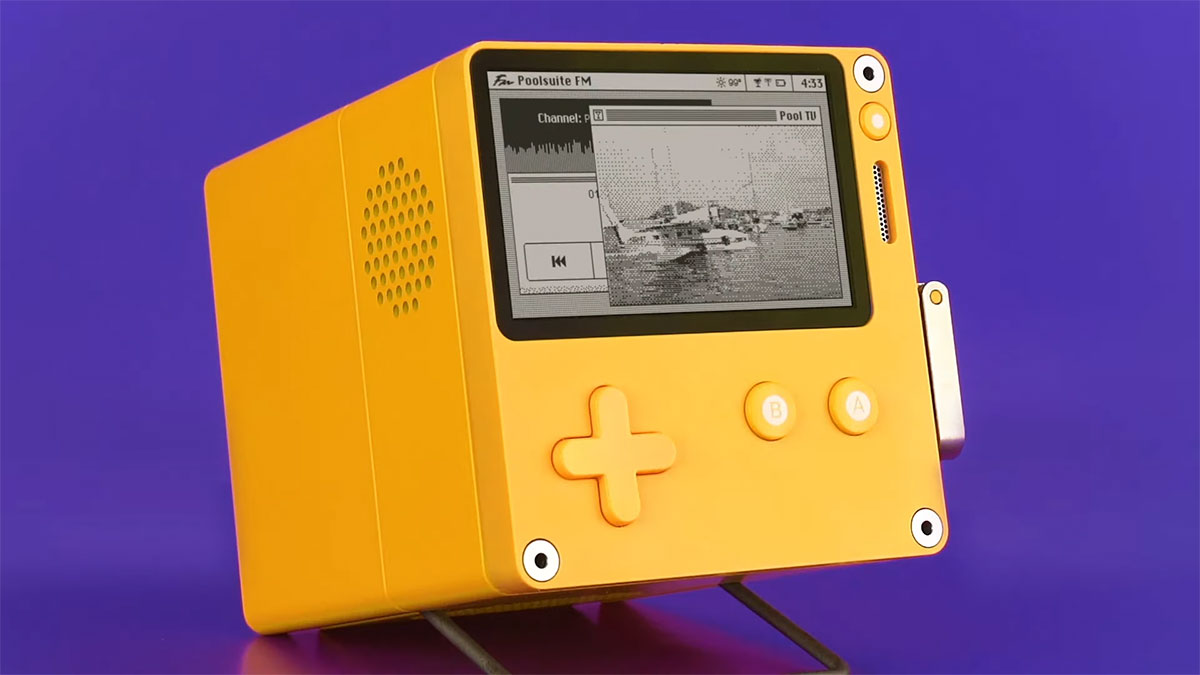 Today publisher Panic held its first Playdate Update livestream. The presentation was a pre-recorded video that packs in a lot of detail about the company’s upcoming device. There have been a lot of changes since Playdate was announced, and in this article, we’ve collected together all the news you need to know about 2021’s latest handheld device.

Playdate doesn’t have a release date yet. However, Panic did reveal that preorders for the device will open in July. It will cost $179 for the device alone, but that includes the first season of games. With that season, you’ll get 24 games delivered over the course of 12 weeks.

The first big news from the presentation is the Playdate Stereo Dock. This device is the first accessory for Playdate. It doesn’t have a price or a release date yet, but it will likely be available for preorder at the same time as the main device. This accessory is a speaker for Playdate that also charges your console, plays music through a dedicated app, has two pen holders, and acts as a dock for your Playdate when you’re not using it.

When Playdate was first announced, Panic revealed that the device would be getting new games through seasons. Each one delivers twelve games, one per week, and they’ll be downloaded directly to the console via wi-fi. Season one has now changed, and Panic offers double that initial figure, meaning you’ll get two per week to play in that first season. That’s all included in the initial price as well.

During the Playdate Update, Panic explained how it wants anyone to make a game for the device, not just experienced developers. With that in mind, it will be releasing a web-based development kit called Playdate Pulp. It’s inspired by development suites such as Bitsy, which make it easy for anyone to code a small game with a unique story.

Playdate Pulp allows anyone to build a game, make artwork, create music, and code it all together with a simple scripting language. The kit will be available at some point in 2021 for free, but there’s no news on when you’ll be able to start building your own games for Playdate just yet.

Finally, Lucas Pope, developer of Return of the Obra Dinn, is making a game for Playdate. It’s called Mars After Midnight and looks to have players counseling monsters in a strange world. There’s very little of this game to see, but Pope says that he’s aiming for it to be more enjoyable in short bursts while leaning away from being too deep, like his previous title.

The following is a list of every game coming to Playdate in season one. We don’t have details on release dates for them all yet, but every Playdate owner will access them.