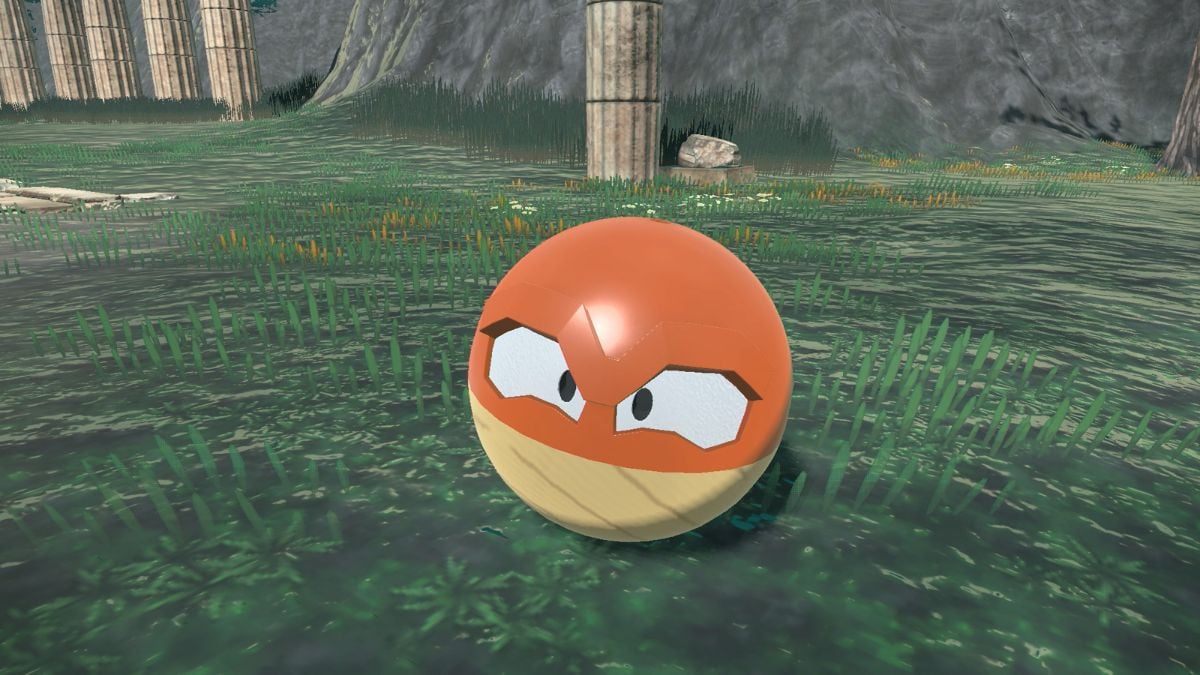 The Official Pokémon website has been teasing that a new kind of Pokémon was going to be revealed soon. For anyone that enters the website, a cluster of old-timey Poké Balls will fall all over the screen. You then needed to keep clicking on Poké Balls until you hit the one that will explode and clear the screen.

Quickly fans were able to guess that the Pokémon Company were hinting at a Hisuian Voltorb. Voltorb is the Poké Ball-looking Pokémon that is known to explode when it gets angry, and it gets angry very easily. Well, it turns out that assumption was correct. Hisuian Voltorb was officially announced today.

Hisuian Voltorb is described as having “countless” seeds packed within its body, yet no one has been able to see what’s inside of a Voltrob because inside the hole on top of its head is pitch black. Despite being friendly, it often discharges too much electricity from its hole, which frequently shocks any nearby humans and Pokémon. It is because of that, Hisuian Voltorb is considered to be a nuisance.

It’s unknown if Hisuian Voltorb will evolve into a Hisuian version of Electrode or a brand new Pokémon like Scyther and Basculin. But we’ll find out soon when Pokemon Legends: Arceus launches on January 28, 2022.