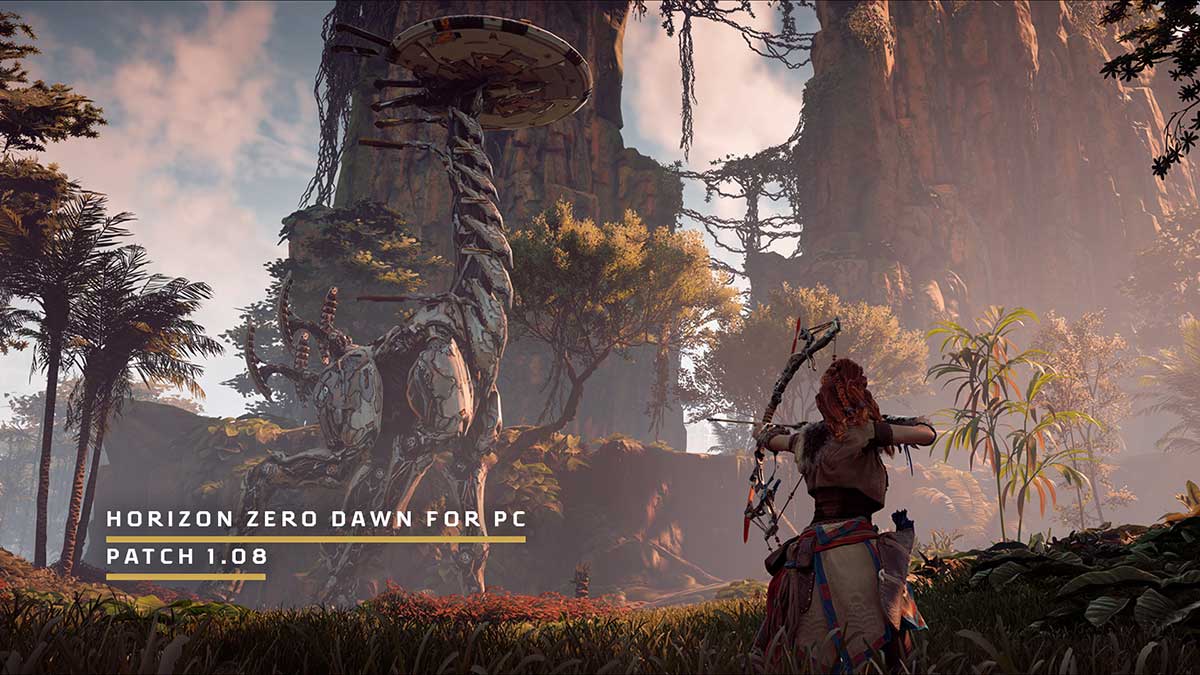 Guerrilla Games has confirmed that Horizon: Zero Dawn patch 1.08 is now live for PC players. The patch brings in several bug fixes and opens up a new feature missing from a certain platform.

By far, the most exciting aspect of this patch is the introduction of achievements for Epic Game Store users. This is exactly what achievement hunters have been waiting for on the platform. However, if you’re hoping to unlock achievements retroactively, you’re out of luck. If you want to unlock every single one, you’ll need to start a brand new playthrough.

This is made possible thanks to an upgrade to the game’s Epic SDK, which also introduces cloud saves. It should be a little easier to hunt down the toughest achievements now that you can play across multiple devices.

The second-best thing about this update is that it finally brings Horizon: Zero Dawn to GOG.com. This means you can play across Steam, the Epic Game Store, and GOG.com from now on.

Among the various fixes in this patch are a collection of fixes, including one that should help anyone who has been hearing metallic voices during dialogue.

The full Horizon: Zero Dawn patch 1.08 notes are below. If you can’t find a fix for an issue you’re experiencing, you can get in touch with Guerrilla Games.