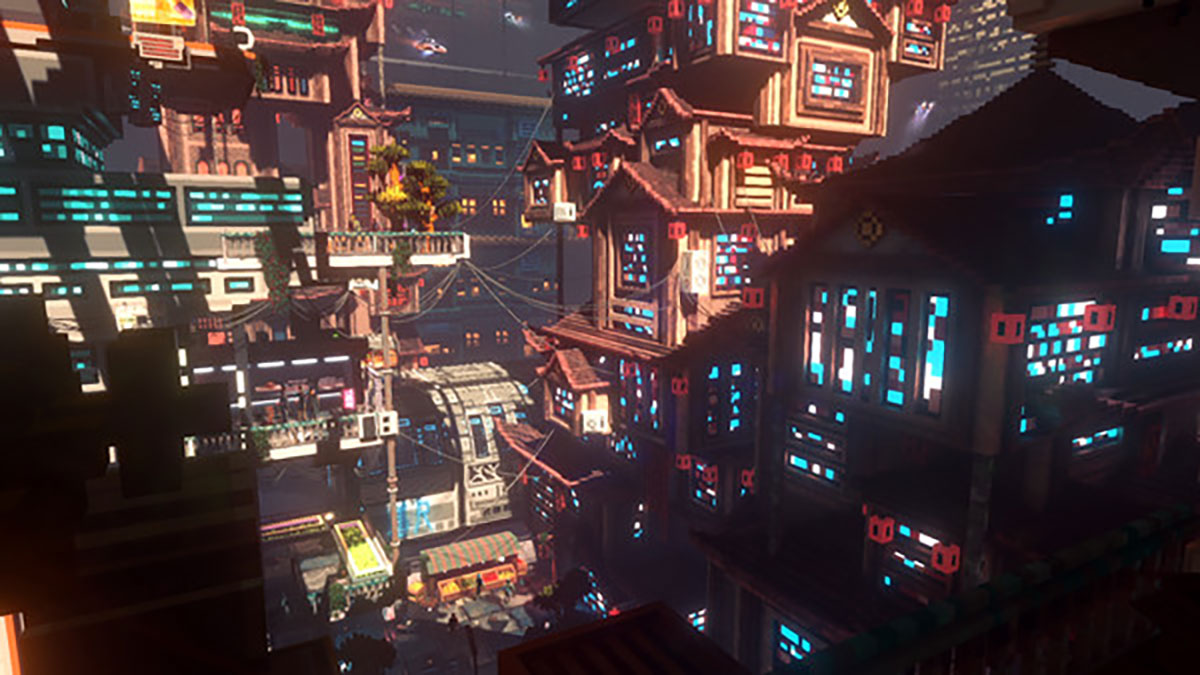 Cloudpunk developer Ion Lands has announced the second game in the same universe, Nivalis. Unlike Cloudpunk and its DLC, Cloudpunk – City of Ghosts, Nivalis will be a life simulator set in a sprawling cyberpunk city where players must build up a business from scratch.

In Nivalis, players will start a business, a food stall, or stim store. From there, they must maintain stock levels and earn a profit to work their way up to owning bigger and better companies, like a nightclub or restaurant. There will be a day and night cycle with new and interesting characters to head out and meet every day. The people you speak to and the decisions you make could have dramatic consequences on the future of your business.

So far, there’s only a Steam page for Nivalis. More information will no doubt be made available as the game gets closer to release. For now, anyone hoping to experience a small slice of this world need only play Cloudpunk.

Cloudpunk players will recognize the voxel city of Nivalis. In that game, it provided a fantastic backdrop to the intense story players were driven down. With Nivalis, though, that backdrop is the main focus. The game’s goal is to own the nightlife in Nivalis, with everyone coming to you for a good time, a place to meet and hammer out shady business deals, and even avoid the authorities. It won’t be easy, though. Nivalis is a cruel city, with gangs out for your organs and stock, and every citizen looking to get ahead however they can, even if it costs you your life.

Nivalis is the name of the city that Cloudpunk and its DLC are set in. This cyberpunk city has been slowly spreading across the world for centuries, stretching across continents and oceans. However, it’s not the technologically advanced future you might expect. The city’s supports are crumbling due to age and lack of maintenance, meaning many blocks fall into the ocean. This is a grimy world highlighted by neon lights that push its residents to pursue a better life at the cost of those around them.