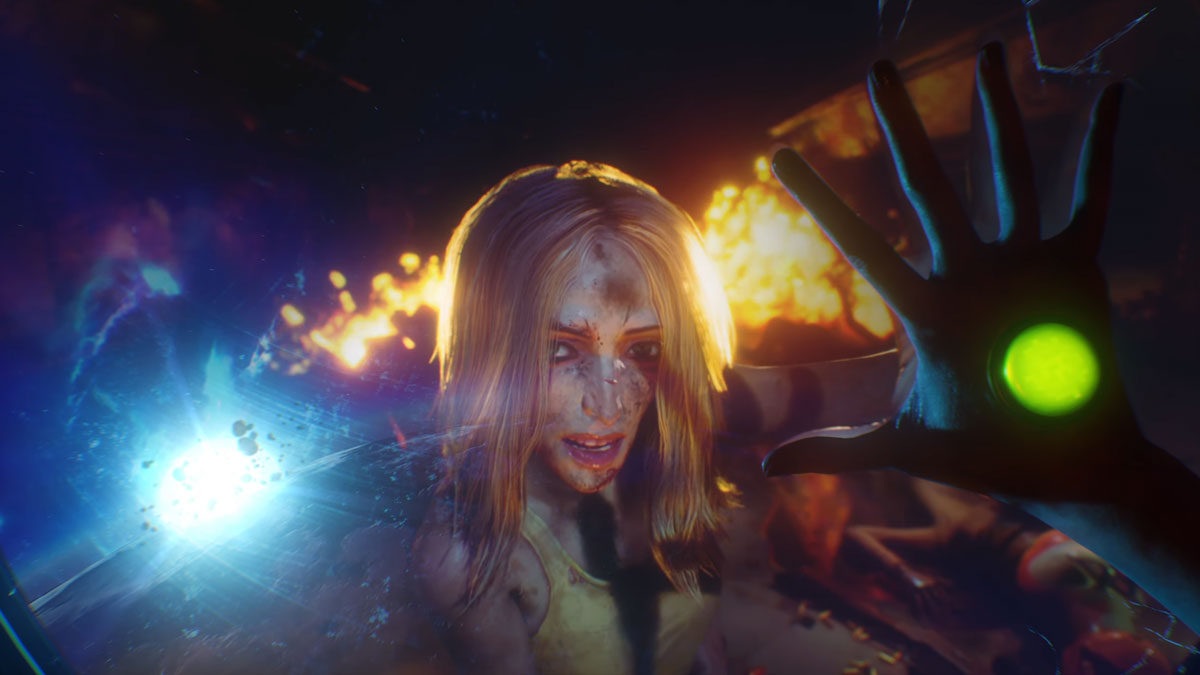 The last we heard about whatever developer Ghost Story was working on, it was reportedly in development hell. The team apparently worked through those troubles, because we’ve finally seen their game in action. It’s called Judas, and it debuted with quite an energetic trailer.

The Judas reveal trailer was shown during The Game Awards, and it contains a minute and a half of very intriguing footage. First, we look out in first-person to see a woman walk through burning rubble and approach (presumably) our hero on the other side of a glass panel. From there, we get flashes of other characters like a mustachioed man in a cowboy hat, a colorfully dressed android with some of her robotic face exposed, and a bedazzled dancer. Flashes of outer space and what are presumably some of the robot enemies we’ll be facing in Judas then get some time on screen. The trailer concludes as a meteor slams into the glass container from the beginning, giving us a smash cut to the Judas game logo and slogan: “Fix what you broke.” Given the name of the game, that sounds about right; it seems like betrayal will be a big factor in the story.

Graphically, Judas looks a lot like BioShock, but that’s to be expected considering they have the same creator, Ken Levine. Levine is not involved with the next BioShock game at all though; he’s all-in on what Ghost Story is doing. Still, you can expect some similar gameplay elements.

As for when you can expect a release date, we don’t have anything definite right now. Judas is headed to PlayStation 5, Xbox Series X/S, and PC via Steam and the Epic Games Store. You can wishlist it on Steam now, where it’s listed as “coming soon.”

As for the next BioShock game, we don’t know a lot at this stage. Several veteran developers from the original series are at the helm for the new one, which is being developed 2K studio Cloud Chamber.