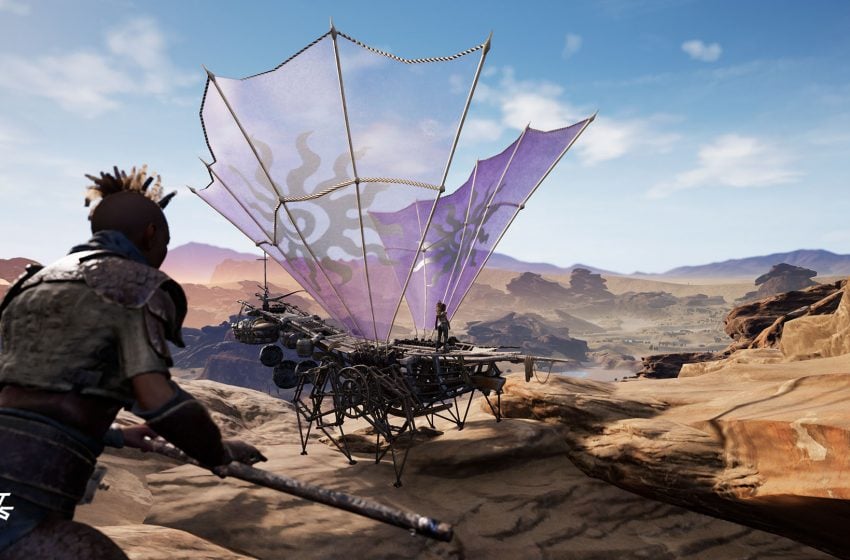 Last Oasis, the survival MMO from Donkey Crew, enters early access on Steam today. In an effort to give gamers a reason to stay at home, and a welcome distraction from the pressures that can come with feeling isolated in our current times, the game will launch with a 17 percent discount for the first week of sale. When that week is over, the game will cost its regular price of $29.99.

In Last Oasis, you play the role of a Nomad, an exile from the last human society that exists after a cataclysm renders half the earth an unlivable desert, and the other half a frozen tundra. The last of humanity scratches out a living on the land in between, the last oasis that can provide some kind of sustenance.

You will need to gather resources and build Walkers, wooden, wind-powered machines that will allow you to travel, transport goods, and fight both other Nomads and the terrifying creatures that inhabit the deserts.

Related: Preview: Last Oasis has a lot to offer fans of survival MMOs

You can play solo, or as part of a clan, exploring the games enormous world. Servers can hold up to 100 players, representing one small part of the world, and all connecting together. Changing servers is as simple as walking to the border, as every server is stitched together to create one giant world that grows as more players join it.

Donkey Crew also wants you to feel in control, and you can hide your Walkers in the desert while you log off, so you don’t lose everything you worked for. If you want something in the world of Last Oasis, you will need to earn it, or fight for it, not just get lucky because somebody else wasn’t online.

The game will also have a player-driven economy, allowing you to take advantage of the needs of other players, and resource-rich servers, to become a powerful figure in the world of the game.

Last Oasis is available in early access on Steam today.