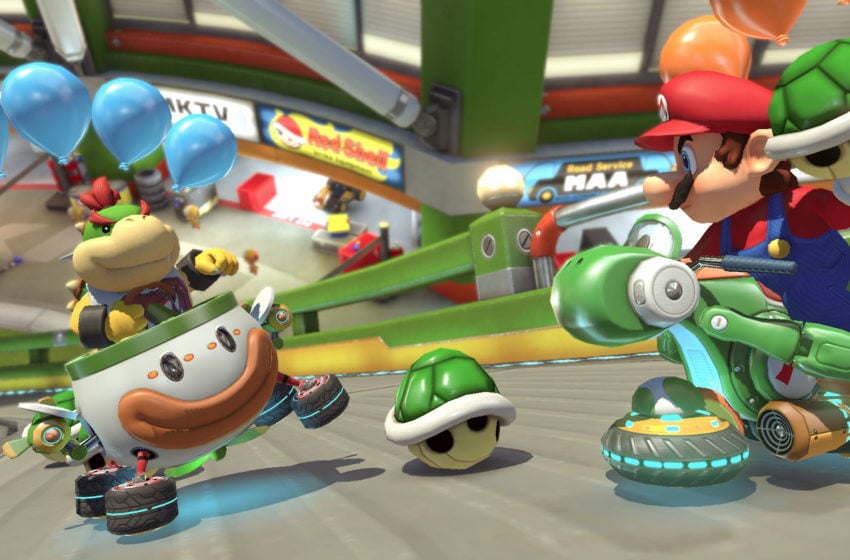 According to a recent leak, an augmented reality Mario Kart ride will form part of Super Nintendo World at Universal Studios Japan. The footage, which was originally uploaded to Vimeo, gives us the clearest view of a semi-real world version of Nintendo’s iconic racing game, as well as other tidbits about what to expect when the theme park eventually opens.

The leaks apparently come via the portfolio of an unfortunate web developer, and despite the video being removed from Vimeo, its contents have been republished by Twitter users, including HPFred.

The ride, titled Mario Kart: Koopa’s Challenge, will be five minutes long, allow up to four riders in a single giant “kart,” and see visitors throw different AR items at enemies on the screens around them. There’s no confirmation of whether AR goggles need to be worn during the ride but, if a Theme Park Shop YouTube video posted in December 2019 is to be believed, they will.

Other leaked footage, posted to Twitter by user ThomasPussyCat, also shows the theme park’s app-based features. The video shows off different sections of Super Nintendo World, including Bowser’s Castle, a shopping area, another themed ride called Yoshi’s Adventure, and a restaurant called Kinopio’s Cafe. Visitors will also be asked to wear a wristband to track their ride scores and assist with the park’s AR elements.

Super Nintendo World was set to open at Universal Studios Japan this summer but, due to the Covid-19 pandemic, those plans were put on hold. It’s unclear when the theme park will open, but similar areas are planned for Universal Studios in Orland, Hollywood, and Singapore in the future.