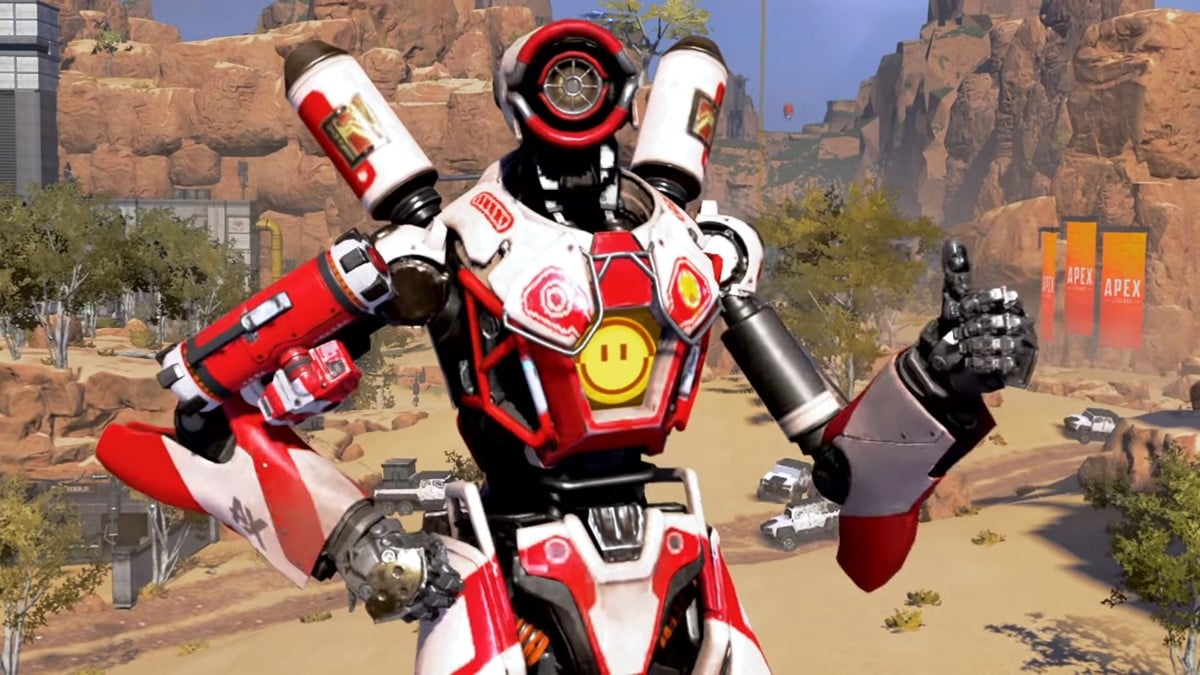 For a long time, Apex Legends had been on PlayStation 4, Xbox One, and Origin. Last year, in Season 7, the battle royale game came to Steam. This year, in Season 8, it’s coming to Nintendo Switch, and it’s bringing a special exclusive Legendary skin with it. While PlayStation exclusive rare Legend skins have been a constant with Apex Legends, a legendary Legend skin, thus-far hasn’t been tied to a specific console, making this skin a first and highly covetable.

The color scheme is a clear reference to Nintendo Switch’s branding colors, while the name spelling is a possible reference to a similar-looking funky robot, F.L.U.D.D., from Super Mario Sunshine. The skin will be available upon the Nintendo Switch launch on March 9 and will continue to be available for a currently undisclosed but limited amount of time.

That said, this will be rewarded to Nintendo Switch players alongside a free set of 30 Battle Pass levels and a double XP boost that lasts for two weeks from March 9 to March 23. This means that there is a good chance this skin may also only be available until March 23, though it also may be available for longer.

One thing to note is that there is currently no cross-progression in Apex Legends. So your P.A.T.H. skin will only be available, for now, if you are actually playing on the Nintendo Switch itself.

That said, it’s still worth grabbing for existing players, even if just to hold on to until cross-progression happens in the future. It’s a gorgeous Pathfinder skin and definitely worth snatching up if you already own a Nintendo Switch.

It’s also a great incentive for new players who are playing Apex Legends for the first time on the Nintendo Switch, especially because they will get to show it off while playing on their preferred console.