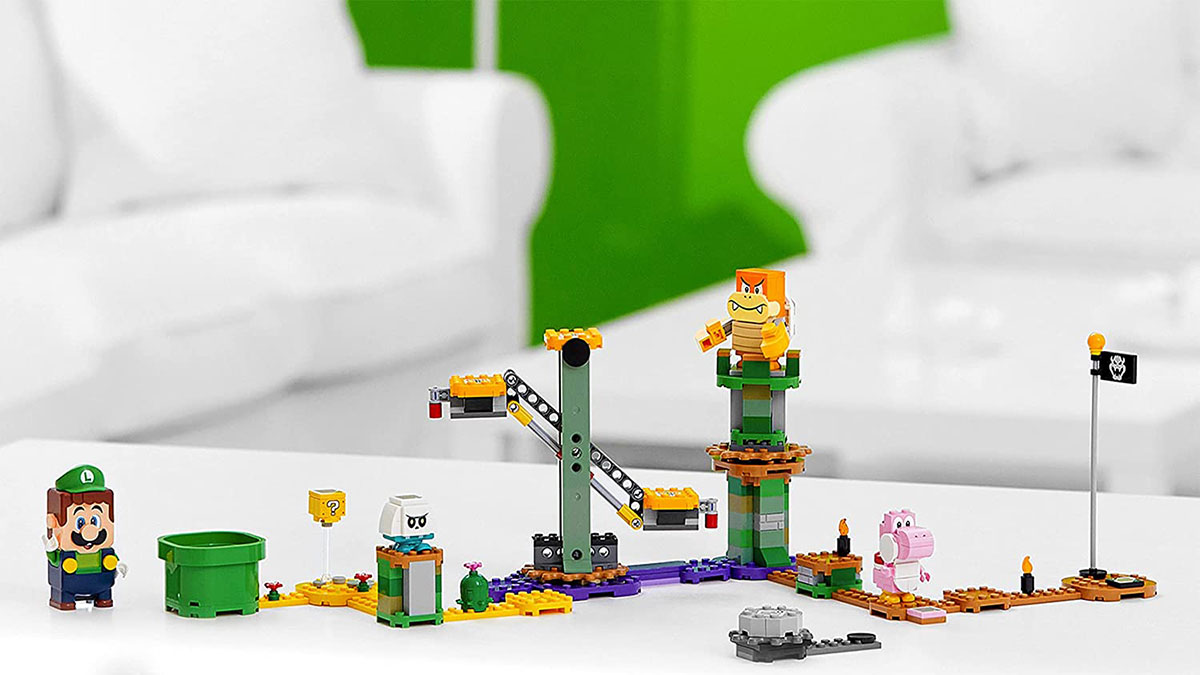 Nintendo has officially announced that Luigi is joining the Lego Super Mario family. Lego Luigi’s release date is August 1. The post from Nintendo’s official Twitter account includes a look at the Luigi Starter Course in action.

A store listing spotted on Amazon China by The Brick Fan has confirmed that Luigi is joining his brother in the Lego Super Mario range of products. Luigi’s addition to the range hasn’t been officially revealed at the time of writing, but it looks like the new products will release soon.

The store listing has since been removed, but it did indicate that Luigi’s set will release on July 9. This would be the first major expansion to the range, bringing Mario’s beloved brother into the realms of Lego.

Some fans have been speculating about Luigi’s impending release since the last firmware update for Lego Super Mario App. The new feature caused Mario to cry out for his brother when he left to go to sleep.

VGC picked up an official reply on Facebook on the matter to a mother who noticed her son putting Bowser Jr’s trousers on Mario due to Luigi’s absence. The official reply stated that “We did notice that Lego Mario has started calling for him; we’re looking into it and hope to have clarity on why this is soon. Stay tuned!”

Lego Super Mario sets first launched in August last year and became one of the most successful themed sets of all time.