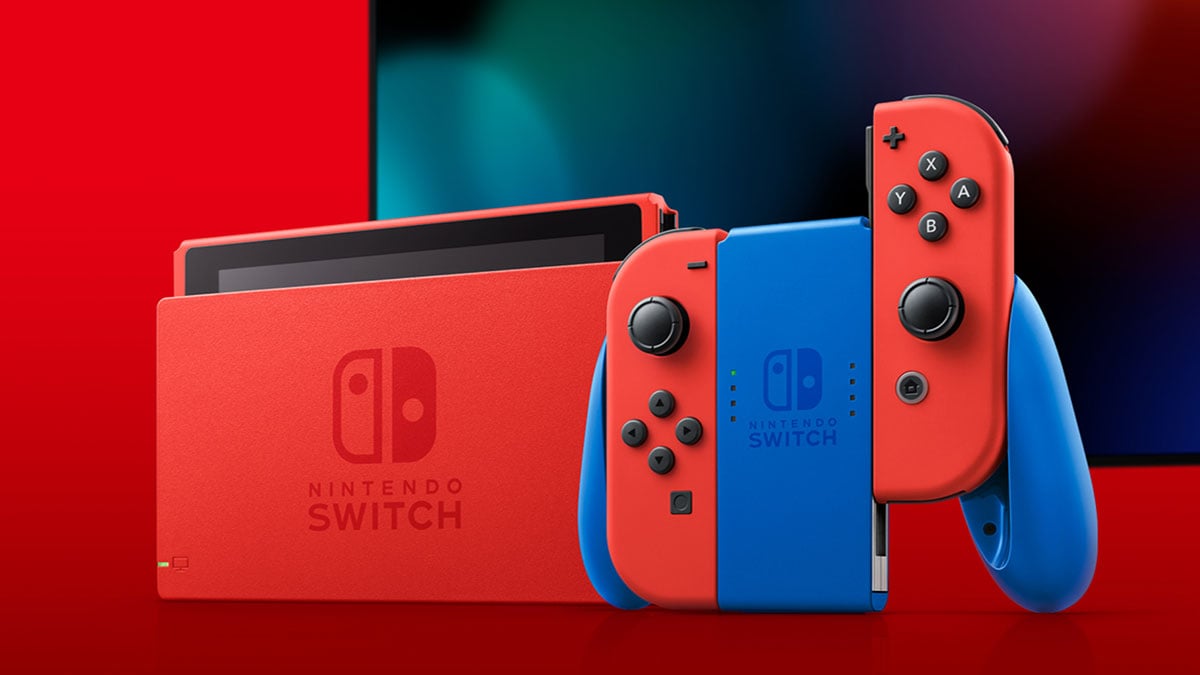 This new version of the Switch is almost completely red. The Joy-Cons are red, the dock is red, and even the Switch screen unit itself is red. In fact, this is the first Nintendo Switch console to have a screen unit that isn’t black.

As you can see though, the console isn’t entirely red. The kickstand remains the only black piece of the Switch screen unit.

The console will cost $299.99 and can only be purchased through select retailers. It comes with a Mario themed Switch carry case, featuring Mario’s mustache and dungarees, and a blue Joy-Con Charging Grip.

While the console is currently listed on the Nintendo Store, it’s not possible to pre-order it or even find a list of the available retailers selling it.

It doesn’t appear as though Super Mario 3D World + Bowser’s Fury is packaged with the new console at the time of writing. However, some retailers may offer a bundle closer to the release date.

A new trailer for Super Mario 3D World + Bowser’s Fury was also released today. It showcases the terrifying version of Bowser that players will be faced with in the new title.