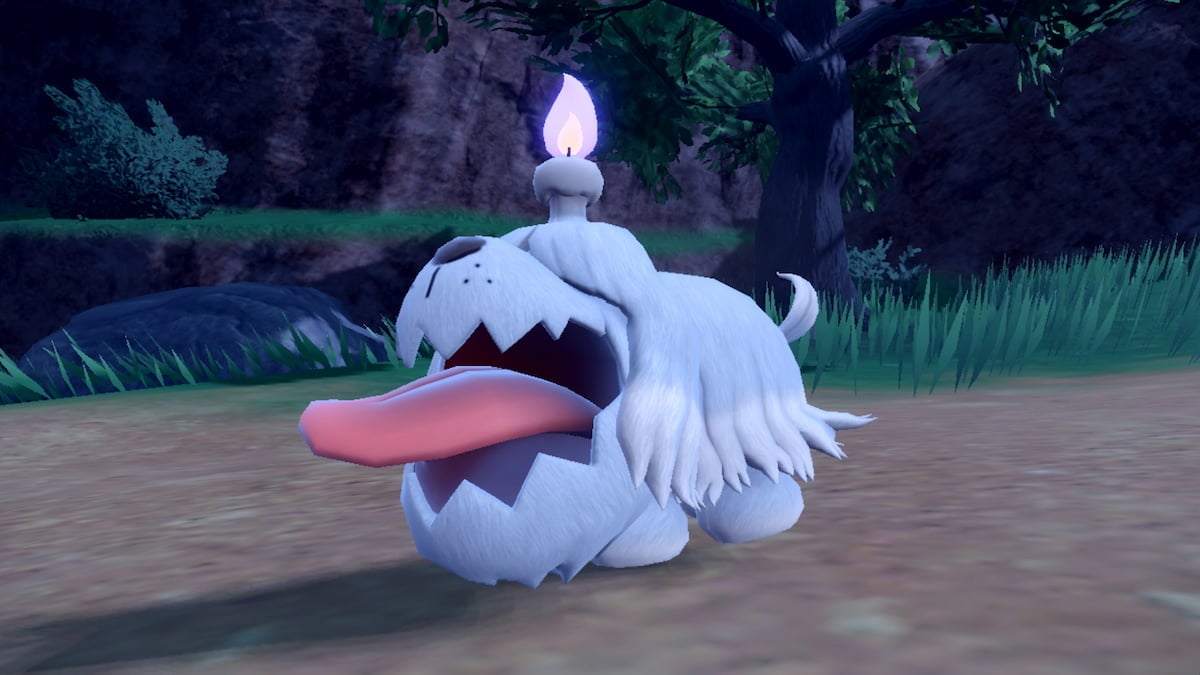 The latest Pokémon that will make its way to the Paldea region in Pokémon Scarlet and Violet will be Greavard. It’s a Ghost-type Pokémon that looks like a dog, a loyal companion for players exploring Pladea for the first time. Apparently, despite being a Ghost-type, Greavard is one of the more friendly and affectionate Pokémon.

Greavard made its debut to the game earlier this morning in a documentary-style video. This teaser depicted a trainer from the Naranja Academy’s Ghost-type Pokémon Club exploring the Paldea region at night, encountering Gengar and Mimikyu before encountering Greavard.

Related: A Ghost-type dog, Greavard, will haunt Paldea in Pokémon Scarlet and Violet, shares a similar trait to Litwick

Initially, we only see the white light from a candle, but upon approaching it, Greavard pops up from underneath the ground, releasing a spooky bark at the trainer. It looks like Greavard prefers to remain underground until someone comes to them. We might be forced to find Greavard at night, remaining on the lookout for these distinct glows before it pops up. The candle appears similar to Litwick and possesses the same ability to drain the life of trainers it encounters.

Shortly after the official release of Greavard, The Pokémon Company released an official statement surrounding this Pokémon. We know that Greavard has a more friendly personality, eager to meet other trainers exploring the Paldea region. In addition, it has the ability, Pickup, which might be used to acquire items that other wild Pokémon hold. These could be a good way to obtain unique and evolutionary items in Scarlet and Violet.

Greavard will be a pure Ghost-type Pokémon. We do not know if it will evolve into a larger forme, but given its size, it’s likely this will be its starting form, and it could have two more evolutions in the future. Many players believe it’s a mixture between Litwick and Herdier, not in appearance but in concept. We can expect to see Greavard appearing in Pokémon Scarlet and Violet when the game releases on the Nintendo Switch on November 18.