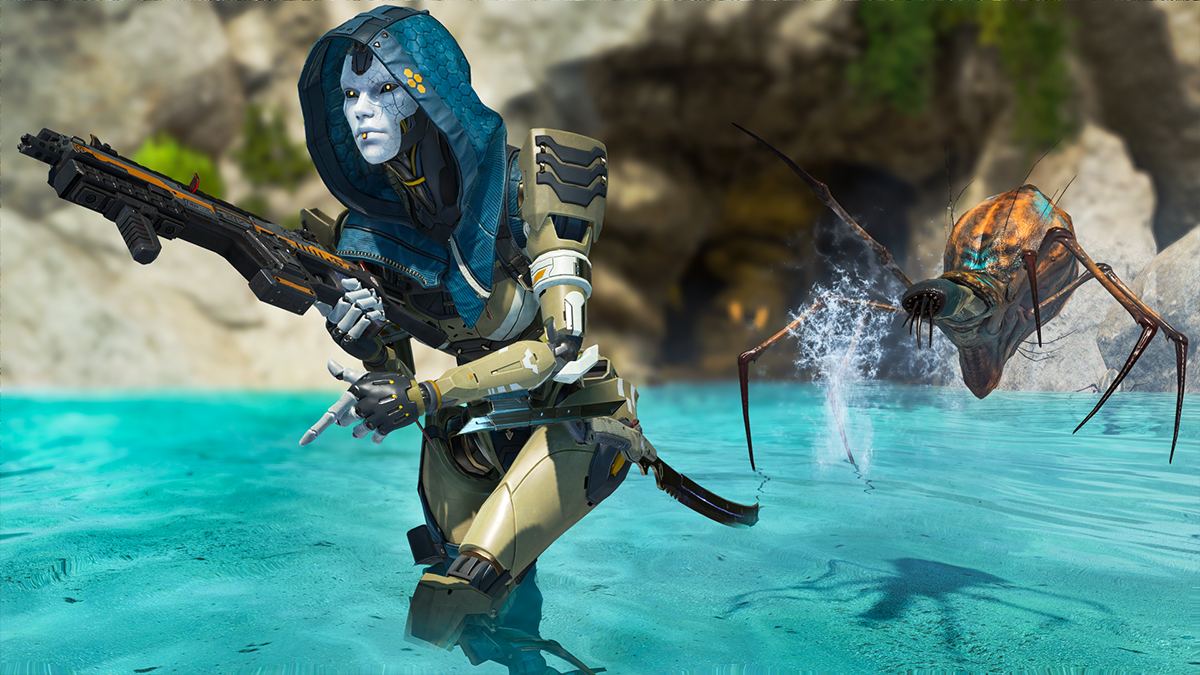 The next season of Apex Legends is just one week away, and developer Respawn has been showing off all the new content in the usual series of trailers. The latest one confirms a few details and gives us a proper introduction to a brand-new weapon.

The Escape gameplay trailer focuses in part on the new tropical map, which is confirmed to be called Storm Point. You can catch a glimpse of several of the island’s points of interest like Cenote Cave, the Stormcatcher, and the Lightning Rod, as Legends fight over them. Speaking of which, we also see a whole bunch of Ash in action. She’s a simulacrum like Revenant, although her first appearance was in the Titanfall games. Her abilities include seeing all deathboxes on the map, electrifying enemies, and creating portals that work a bit differently from Wraith’s.

Everyone can also grab the new C.A.R. SMG, which gets its own time to shine in the trailer. Like Ash, it too originated in Titanfall, and it has an impressively high rate of fire in Apex Legends. We see Fuse grab the gun and shoot off a few rounds, showing its incredibly fast firing power. Like all weapons, the C.A.R. will get its own set of colorful skins — the trailer does mention the traditional battle pass.

So when can you get in on all this action? Apex Legends’ 11th season, Escape, kicks off on Tuesday, November 2. Storm Point, Ash, and the C.A.R. SMG will all arrive that day across all platforms. Apex is free to play on PC, PlayStation 5, PlayStation 4, Xbox Series X/S, Xbox One, and Nintendo Switch.