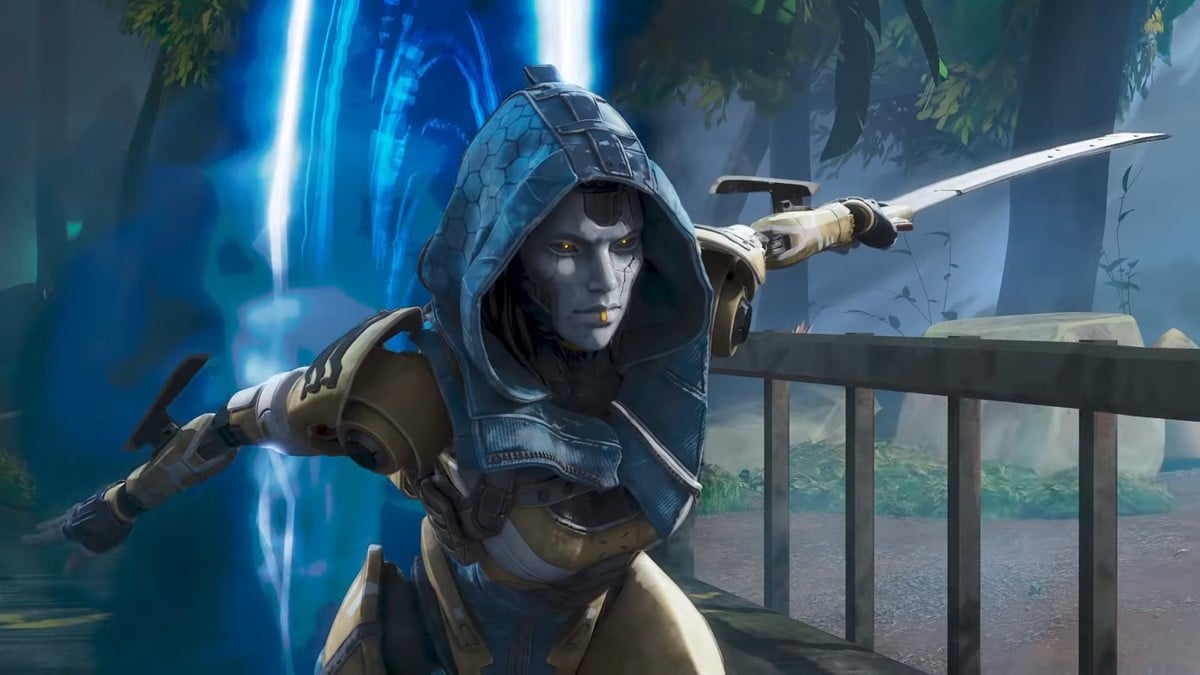 Formerly Dr. Ashleigh Reid, this new Legend is now the killer simulacrum “Ash.” She was the voice of Arenas in Apex Legends since Season 9, and now she is joining the fight herself, and making sure that Revenant knows he isn’t the only scary murder robot with a hunger to be number one in the ring. Ash, unlike all of the other Legends, has existed far before Apex Legends did. She originally was seen in Titanfall 2, but now she’s back, and out for blood. So, let’s take a look at how she’s taking her enemies down now.

Ash has the power to reveal all deathbox locations on her map. She is also able to interact with a deathbox in order to mark survivors from that squad who may be nearby.

Ash can make a ball of electricity that will tether enemies who get close to it. The Arc Ball itself moves, but at a slow pace.

Ash’s Ultimate ability allows her to place a portal identical to the one Wraith uses for her Dimensional Rift, and it can also be used by other players. The thing that sets it apart is the placement method. Ash’s portals are placed by a single dash, meaning the portals can only be a few meters apart. That said, her dash is not prevented by obstacles. This makes it extremely useful to get out of sticky situations. But beware, like with Wraith, enemies can use your portal too.