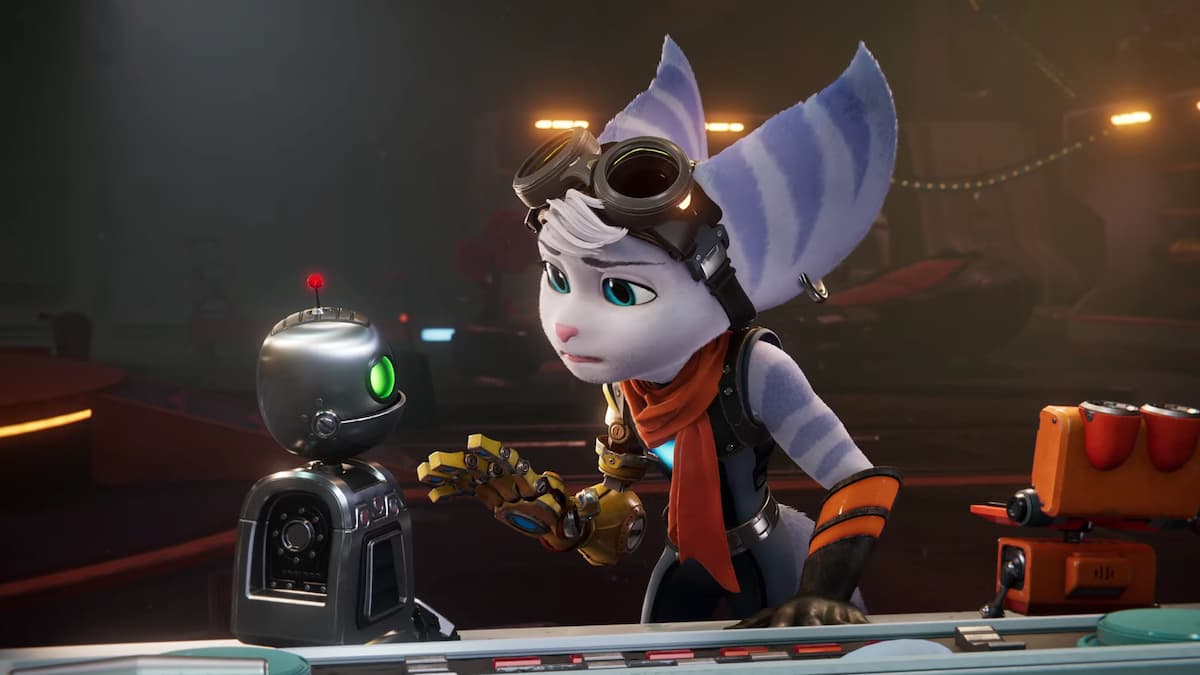 Since seeing her in the game’s reveal trailer, Ratchet & Clank fans have been trying to figure out the identity of the game’s mysterious female Lombax. Thanks to a new short gameplay trailer for the game we finally have a name. In Ratchet & Clank: Rift Apart, players will fill the shoes of Rivet, a freedom-fighting Lombax hunted down by an empire ruled by Dr. Nefarious.

The same trailer that revealed Rivet’s name also gave us some early looks at the game’s story. In Ratchet & Clank: Rift Apart, Dr. Nefarious steals a device called The Dimensionator to rip open a portal to a new dimension where he is king. Ratchet is flung into this new world, tasked with finding his robo-pal Clank and taking down the evil doctor.

Today’s trailer also shows off some new gameplay features coming in Rift Apart. Along with the new rift mechanic, which places wormholes players can tether onto to teleport, wall-running has been introduced to the game, adding another way to get around maps.

Snippets of Combat are also shown during the trailer, with a few new weapons taking the spotlight. One seems to be a rapid fire machine gun while another fires a small orb that repeatedly batters any enemy it contacts.

Today’s short gameplay trailer isn’t all we’ll see of Ratchet & Clank: Rift Apart until it releases on June 11. In a post on the PlayStation blog, a new State of Play was also announced. The event will be airing in three days, on Thursday, April 29 at 2 PM PST and 5 PM EST, and show off 15 more minutes of footage from the game.