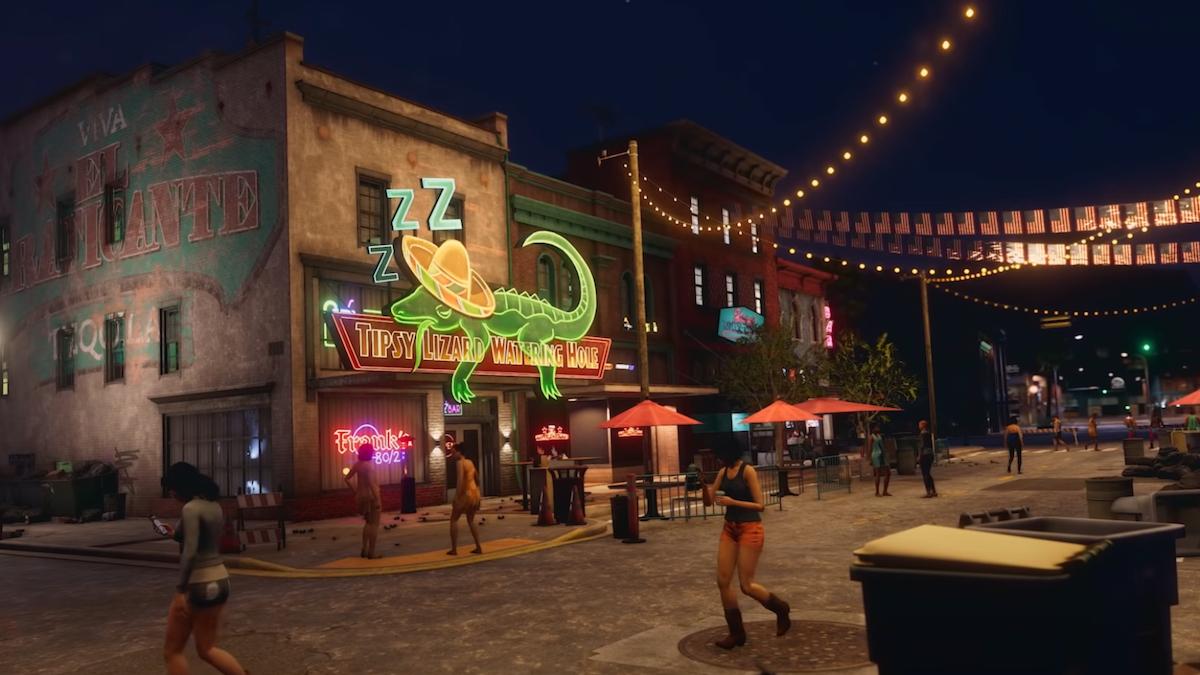 Volition released a trailer via YouTube this morning for the upcoming Saints Row reboot. It put a spotlight on the various districts within its setting of Santo Ileso, as well as the factions that occupy them.

The three key territories highlighted by Volition were Rancho Provedencia, a district overrun with industry occupied primarily by Los Panteros; Lakeshore, a corporatocracy headed by the rich; and Monte Vista, a gated community that houses not only the affluent elite but also the Idols, an anarchist group known for throwing wild parties and messing with rich people.

Volition also briefly touched on some of Santo Ileso’s landmarks and points of interest. One notable landmark showcased in the trailer was a glowing phone booth labeled “Turdis” — an obvious, albeit crude reference to BBC’s long-running television series, Doctor Who.

The trailer concluded with a teaser of sorts for the next Saints Row trailer, with Volition creative director Brian Traficante promising viewers would “see more when we take a look at the new criminal ventures.” In a post on Saints Row’s website made during the reboot’s announcement, Volition previously described criminal ventures as ways to make some “sweet cash” while “[tightening your] grip on the streets.” The specifics of how this mechanic actually works remain to be seen.

Slated for release in 2022, the upcoming Saints Row game is a hard reboot of the franchise featuring a brand-new cast of characters, as well as a fresh setting in Santo Ileso. The series’ new direction hasn’t quite pleased everyone, but Volition doesn’t seem to be too bothered by the game’s detractors.