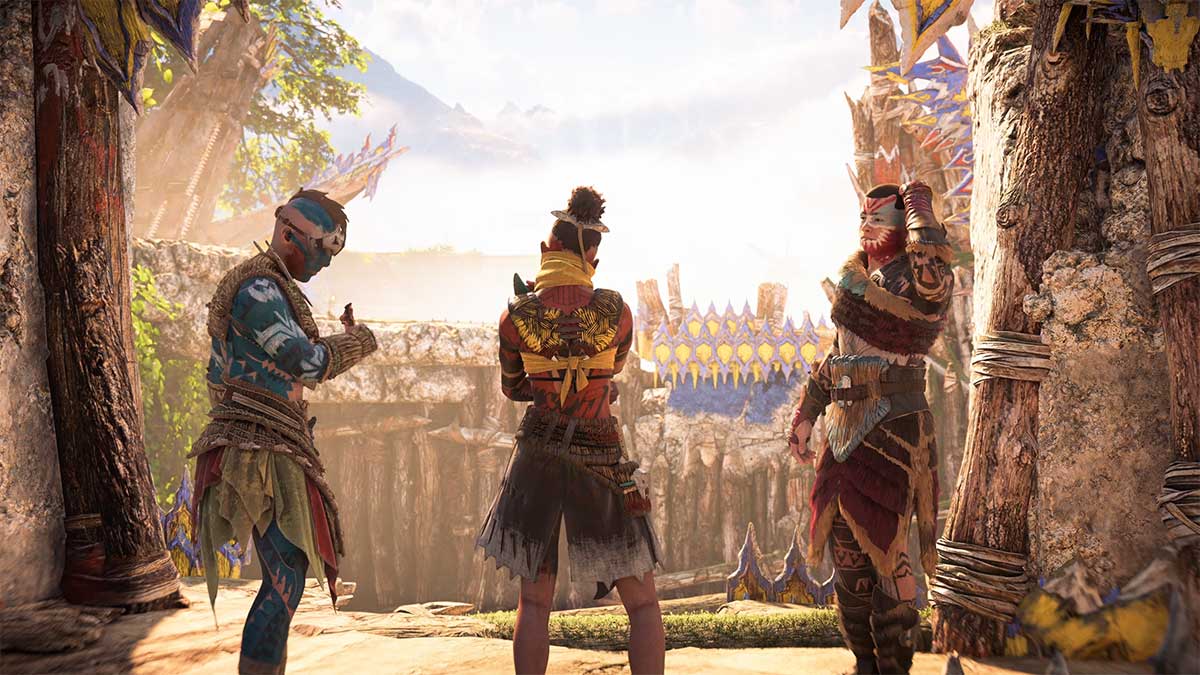 Sony has published a new post on the PlayStation Blog discussing the tribes players will encounter in Horizon: Forbidden West. The blog post includes a new video that gives fans a visual walkthrough of those tribes, even showing off a couple that haven’t been named yet.

In addition to the Carja and Oseram, which feature Horizon: Zero Dawn, players will discover the Utaru, Tenakth, Regalla and her rebels, and a group of unknown strangers who walk the lands of the Forbidden West in search of powerful technology. Each tribe has its own unique look and feel, and how they interact with protagonist Aloy will differ significantly.

The Carja tribe is known for being technologically advanced. It has a bloody past that was explored in Horizon: Zero Dawn but is much more peaceful now. This tribe guards the way between the original setting of Horizon: Zero Dawn and the Forbidden West that’s the main focus of this game. Another friendly tribe players will encounter is the Oseram. It’s made up of traders, tinkerers, and revelers that enjoy life and make friends wherever they go.

The first of the new tribes introduced in Horizon: Forbidden West is the Utaru of Plainson. This is where a red vine is growing thick and fast, threatening both organic and machine life. The Utaru seem peaceful, singing in an attempt to heal the land, but Aloy knows that hymns won’t do any good against the blight.

It’s unclear if the Tenakth tribe is friendly or hostile. When Aloy meets it, the tribe’s three clans have ended years of bloodshed and rivalry because of a common enemy that they’ve all come to fear. That enemy is Regalla, who leads a tribe that walks with machines and crushes anyone it encounters. This force appears to be sweeping the Forbidden West for unknown reasons.

Finally, there’s a rumor that unknown strangers with powerful weapons are exploring the lands to the west. Nothing is known about this tribe — if it even is a tribe — but it sounds as though it might be able to help Aloy in her quest to heal the land.