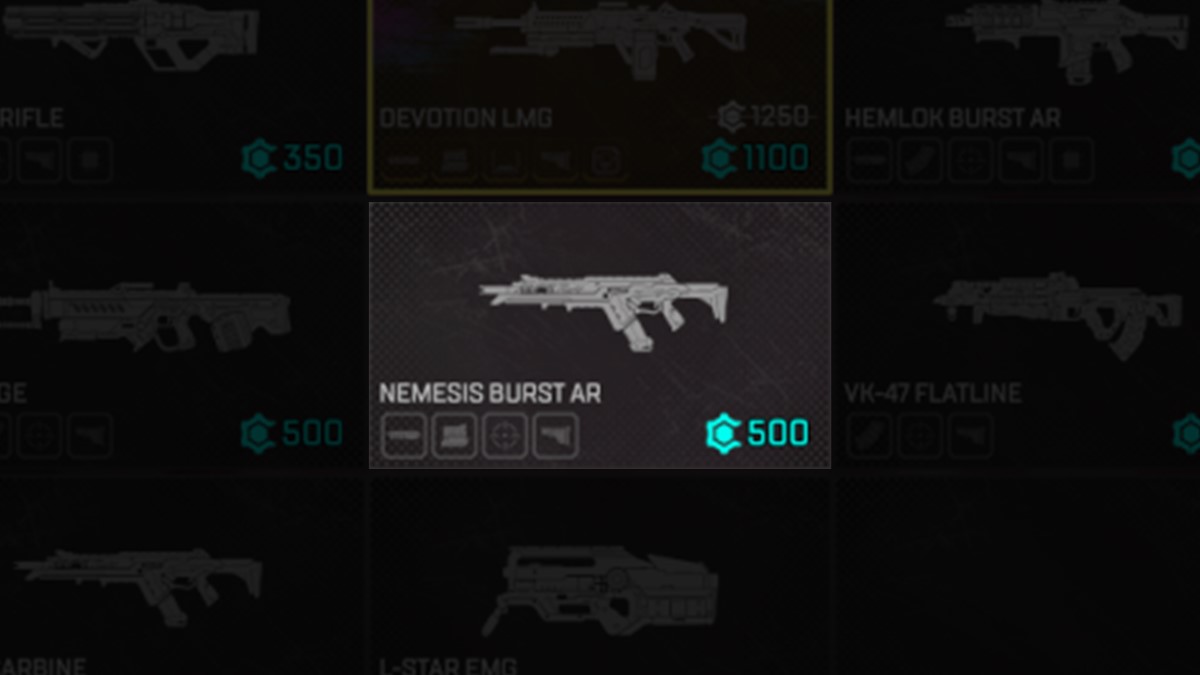 The announcement of the Evolution Collection Event came with lots of great intended news and exciting updates for Apex Legends. That said, there was one piece of information that had players squinting and looking a little closer. In the patch notes and trailer for the event, there was an extra weapon seen in the Arenas shop. The weapon was labeled “Nemesis Burst AR”.

This was an accidental leak, as confirmed by Respawn Director of Communications Ryan K. Rigney on Twitter shortly after the release of the footage. The gun will not be in the game for the patch, or even any time soon.

That said, it has still piqued the interest of many players, wondering what the future might hold. This unreleased weapon is going to be a new burst fire weapon, in the same category as the Prowler SMG and the Hemlok Burst AR.