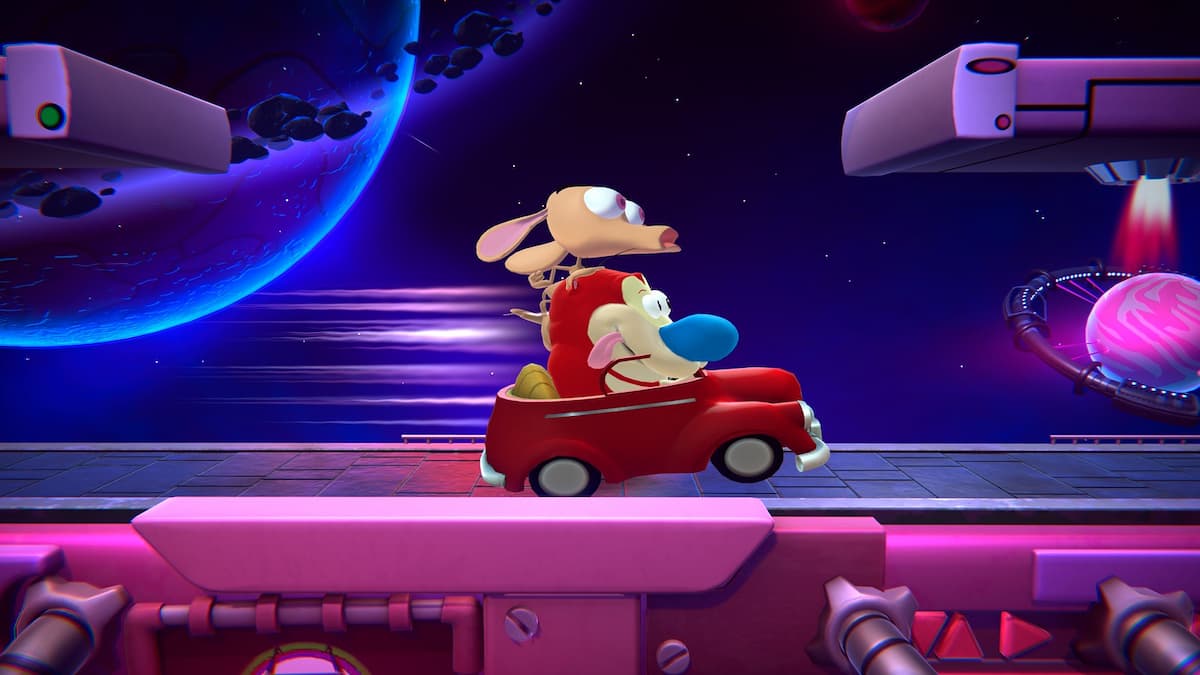 Another beloved character has been announced for the Smash Bros.-like fighting game Nickelodeon All-Star Brawl. Project manager Joel Nyström of Ludosity announced on the PlayStation Blog that Ren & Stimpy from the influential Ren & Stimpy Show will be joining the roster as a single fighter.

Nyström explained in the blog post the decision to present Ren & Stimpy as one unit. “They are separate characters with distinct personalities, but they are also inseparable which is why they play as a single, joint character in Nickelodeon All-Star Brawl.” Nyström continues: “We really wanted them to be a duo. It allows for some very special moves and playstyles, so we thought it’d be interesting to explore.”

Ren rides on Stimpy’s shoulders, which makes them a slower fighter because of the added weight. However, this also means they attack in a wave, with Ren dealing initial damage and Stimpy dealing a heavier, delayed second blow. Their move set contains several explicit references to the show — their Light Neutral illustrates the many times Ren slaps Stimpy as he yells, “Keep it together!” and their Neutral Special is simply called “Log from Blammo!”

The Ren & Stimpy Show was one of the three original Nicktoons to premiere in 1991. The show quickly surrounded itself with controversy for its frequently crude humor, but its legacy is undeniable: it paved the way for adult cartoons like Beavis & Butt-head and South Park, and its influence can be deeply felt in shows like SpongeBob SquarePants. Powdered Toast Man, also from Ren & Stimpy, was among the first fighters announced for All-Star Brawl. Nickelodeon All-Star Brawl will be released on PlayStation 4 and 5, Xbox One, Xbox Series X/S, Nintendo Switch, and PC this fall.