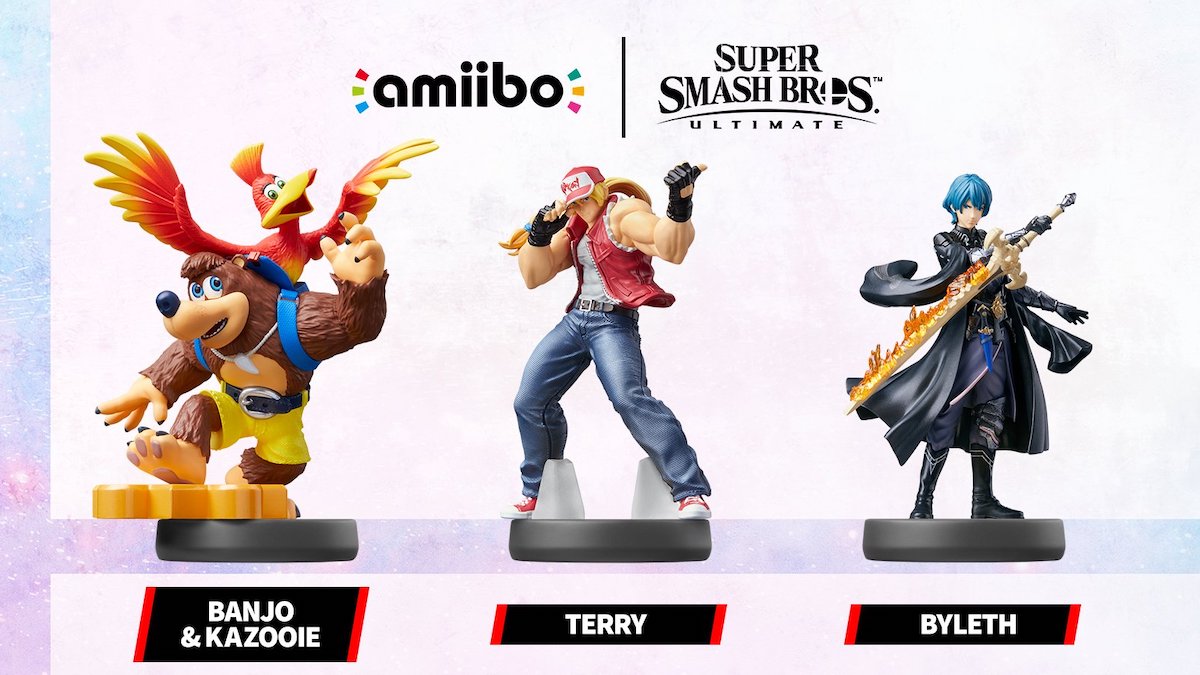 Super Smash Bros. Ultimate players have enjoyed the presence of the beloved bird and bear duo, Banjo and Kazooie, in their absurd crossover fighting game. But what’s the point of their inclusion if you don’t have a physical commemoration for it? At the end of the lengthy presentation for Minecraft Steve’s moveset in Ultimate, eternally exhausted game director Masahiro Sakurai revealed that amiibos for Fighter Pass Vol. 1 characters Banjo-Kazooie, Terry Bogard, and Byleth are in production for a 2021 release.

On Monday morning, Nintendo of America tweeted that these three amiibo figures will release on the more specific window of fall 2021. Seeing how fall of 2020 just began, that’s at least a full year until Banjo fans can get ahold of this coveted amiibo. The outcry and strife from social media were understandably loud, although the immediate reaction from Nintendo’s Twitter within an hour was noticeably strange. The original tweet announcing the release window has been deleted, but a graphic stating “Fall 2021” from that tweet is still circulating.

Whether this means that the announcement was too early, or that Nintendo’s plans for release and shipping are different than what was initially announced, is unclear. Regardless, figurines like amiibos take time to produce, and amiibo figures based on Smash Bros. DLC characters historically have come long after the characters’ debuts in the actual game. It is also fair to assume that there are production issues related to the COVID-19 pandemic.

Whatever the case, Smash Bros. fans will probably have to wait a significant amount of time to have that lovely Banjo-Kazooie amiibo on their mantle — and Terry and Byleth too, we suppose.

How to become a lawyer in BitLife