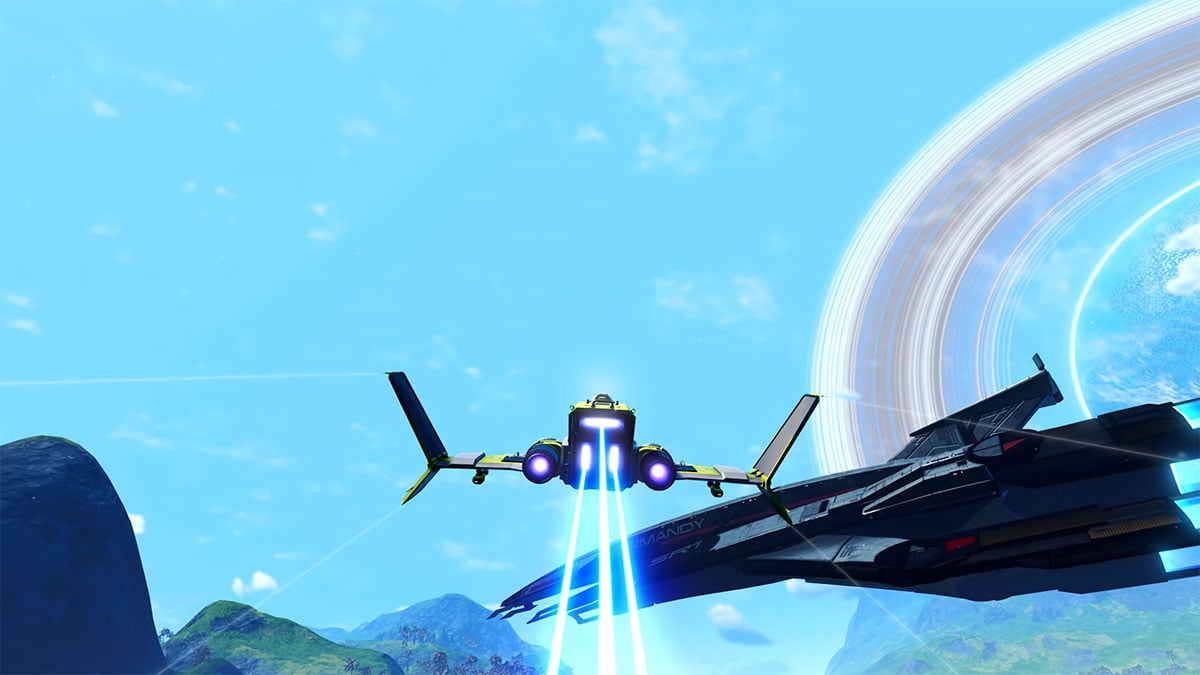 No Man’s Sky players have completed the game’s second Expedition, Beachhead. As a reward, a Mass Effect easter egg has been unlocked. The easter egg players have been given is the power to use the Normandy SR1 from Mass Effect as a Frigate. The ship will then be available for all players who unlock it forever.

The Normandy SR1 was unlocked earlier today by the No Man’s Sky community. Founder of developer Hello Games Sean Murray posted a gushing tweet on the subject to celebrate how much progress players had made. Given that the entire second Expedition in the game must be completed to unlock this easter egg, it’s no small achivement for anyone who manages to finish it.

Players can continue to unlock the Normandy SR1 as a permanent part of their fleet in No Man’s Sky until Beachhead ends on May 31. The Expedition can be completed in as little as three and a half hours for players who know what they’re doing.

Mass Effect fans may be eager to do this, given the ominous message Murray posted yesterday. Some are still asking what “Look to the Monolith… The weapon is coming” means. The Normandy SR1 is the ship Commander Shepard uses throughout the Mass Effect trilogy. In a way, it’s certainly a powerful weapon. If this cryptic message is a reference to Mass Effect, then, confusingly, the Monoliths mentioned are from Mass Effect Andromeda. Since this doesn’t seem likely, given that this is a crossover with Mass Effect Legendary Edition, No Man’s Sky players are still asking what this message means.