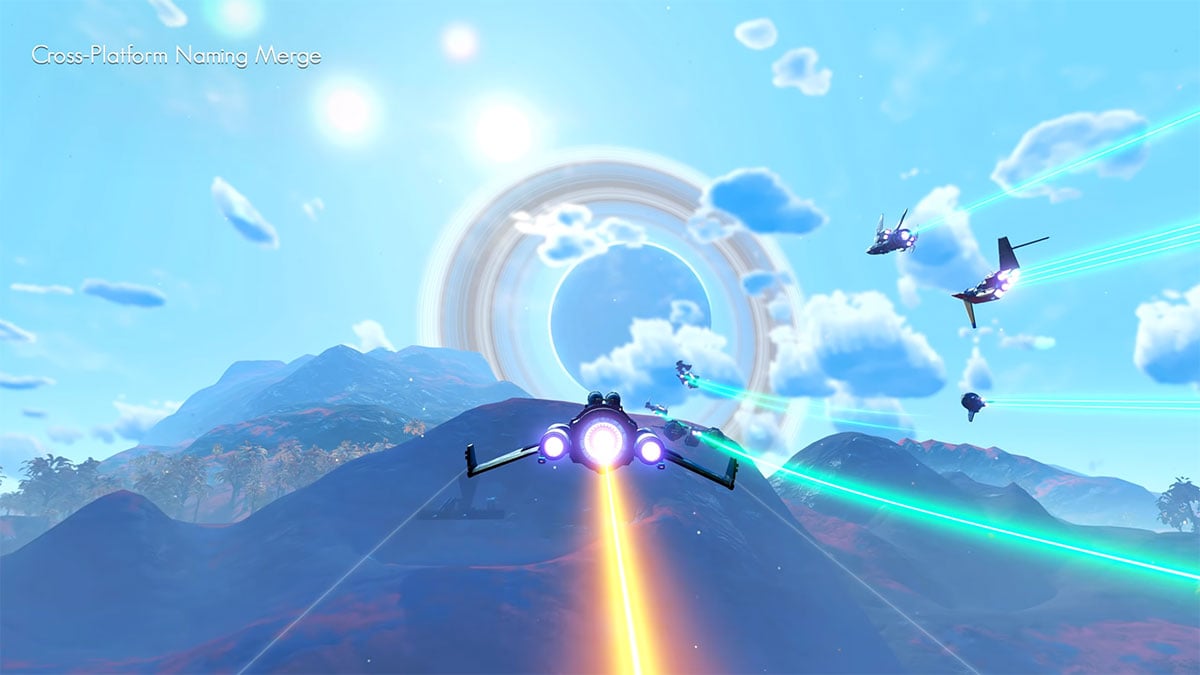 Today the No Man’s Sky community was given a rather foreboding message from Sean Murray, founder of the game’s developer Hello Games. After posting a message in the language found in No Man’s Sky, fans quickly got to work decoding it and found it to be less insightful than his other tweets and much more ominous.

The message translates to “Look to the Monolith… The weapon is coming.” It’s about as clear as every other cryptic message Murray has posted on Twitter, but this time players strongly believe it is linked with the most recent content update for the game.

Monoliths are objects found across the worlds you’ll visit when playing No Man’s Sky. They’re huge alien structures usually surrounded by two or three Knowledge Stones, each of which gives players a word from an alien language. This ties in with the cryptic message and the need to decode it.

However, Monoliths also present a problem. Players are given a choice of answers, and they’ll be given a reward based on the answer they choose. This reward ranges from a health boost to faction items and even additional understanding of an alien language. What Monoliths don’t give players is a weapon.

Earlier this week, the second Expedition for No Man’s Sky launched. Named Beachhead, the Expedition gives players another adventure to embark upon with other players on a brand new save file. Through Beachhead, it’s possible to earn rewards such as time-limited patches, ships, and other cosmetic items. Some players on r/NoMansSkyTheGame are convinced that this message is linked with this second Expedition.

No Man’s Sky players should be used to messages from Murray by now. This one is definitely more threatening than his past posts, but since they all usually amount to very little in terms of gameplay, most players aren’t letting themselves get too excited about this.