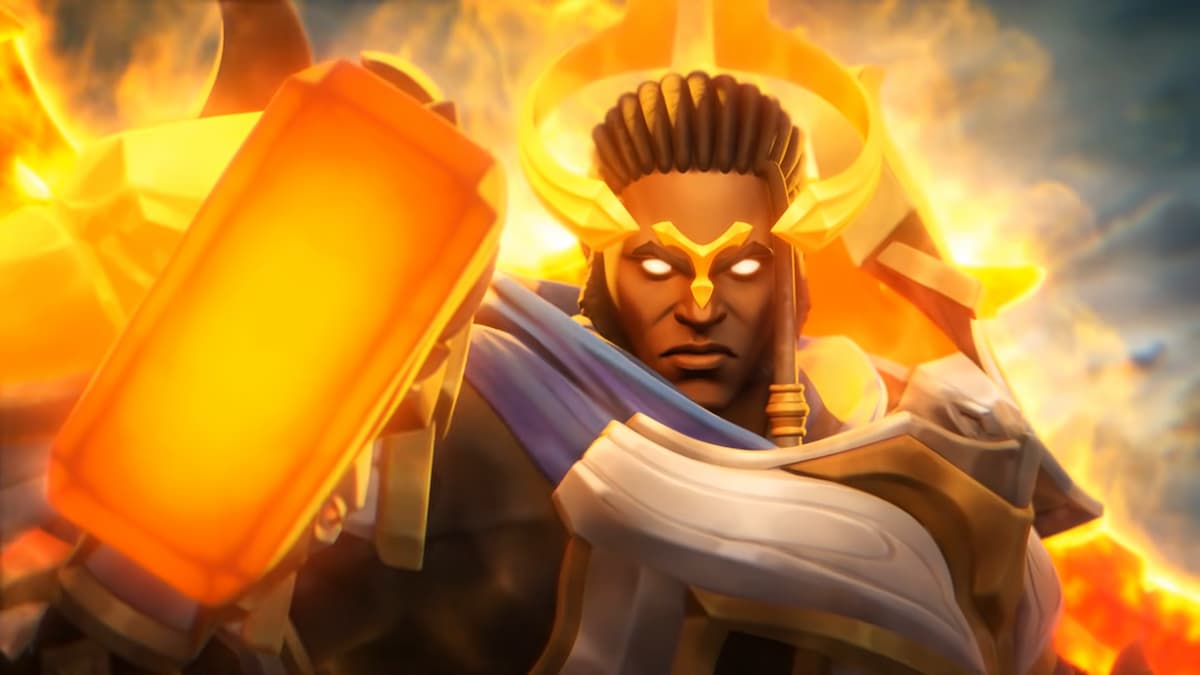 Hi-Rez Studios has announced that the latest update for its hero shooter Paladins, titled Absolution, is now live. It welcomes Azaan the Eternal to the game’s ever-growing roster alongside a brand new mount and the start of the Dark Depths Event Pass.

Azaan wades into battle wielding a flaming hammer and can protect his allies by summoning a holy Sanctuary, which provides them cover and blocks the enemy line of sight. Additionally, any vulnerable enemies that stand too close to the Sanctuaries will become entrapped. His passive provides him with extra benefits and bolsters his abilities the longer he stays in battle. Meanwhile, his ultimate sees him flying above the battlefield before throwing his hammer back down to the ground.

Related: Here are some of the best champions for each role in Paladins

Aside from Azaan, the Absolution update also introduces a new mount called Brody the Shark. He follows the Sky Whale Mount, which proved popular among the community, so the developers decided that more flying marine animal mounts were necessary. Brody can be obtained via a Direct Purchase or a Chest.

Finally, the Dark Depths Event Pass has also arrived. Through it, players can unlock four underwater-themed skins and twenty other rewards by playing matches. New Trials of the Realm are also available, which allow players to earn goodies by completing in-game challenges. This time around, they could get Azaan’s first MVP pose and the title Mass of Tentacles alongside currency and other cosmetics.