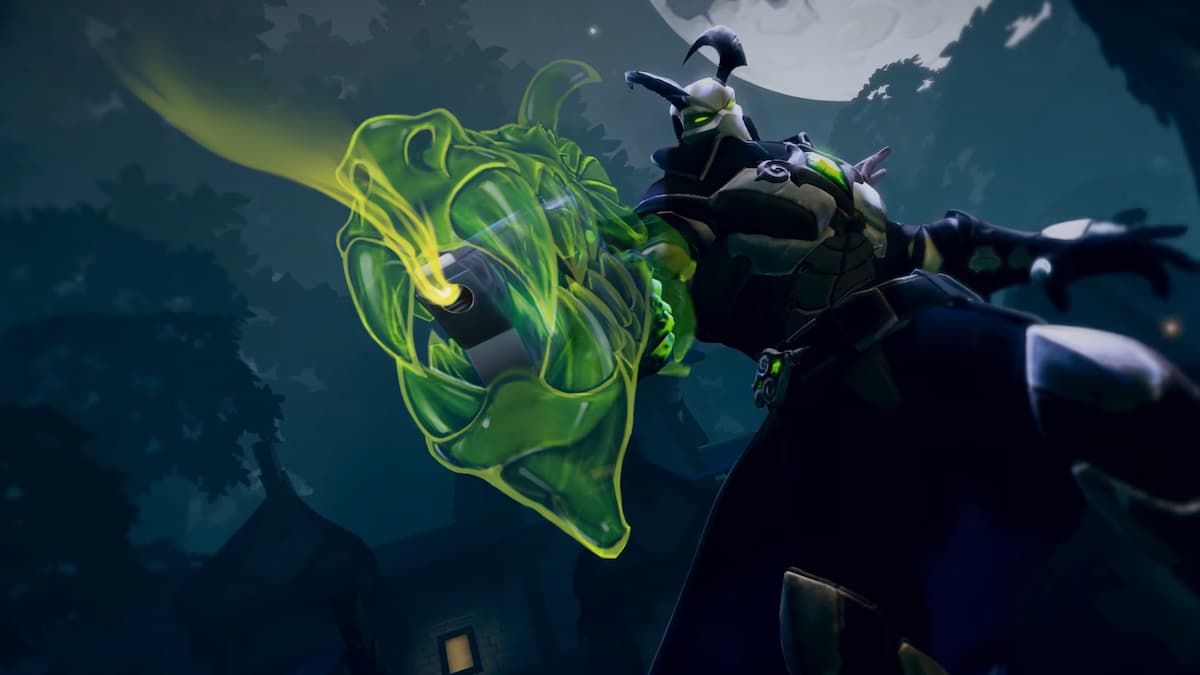 With the recent release of the Nintendo Switch version of Paladins, an abundance of new players will soon be joining the arena to learn all about the game and its many champions.

To give these new players a head start into the world of Paladins, we’ve tried out each champion available in-game to come up with a list of the best ones available right now.

Each character is split into one of four groups. Front Line champions are mainly used to control objectives and protect their teammates. Damage champions, as their name suggests, are used for dealing the most damage to foes. Support helps the team both offensively and defensively, while Flank are mobile champions that excel in both damage and speed.

We’ve chosen two of the best champions from each class that are sure to give you an advantage over your opponents in your next match.

Not only can Makoa absorb a lot of damage, an essential trait for any front line character, but his mere presence can also be unsettling for damage dealers and flankers. Thanks to Dredge Ancher, Makoa can make picks, drag enemies towards your own lines, and stun them, almost guarantee an elimination. Shell Shield provides impressive defense against any push, while Shell Spin can be used to damage and clear out enemies from any contested point.

Khan is a nightmare to deal with not only because of his impressive tankiness, but also because of his potential damage output. It’s depressing to get outwork by a tank in the damage department, but a good Khan player can make it happen. The Storm of Bullets talent will send more shells downrange than your enemies can handle, while the Bulwark shield makes Khan a very tough nut to crack for opposing DPS characters.

If you’ve ever played Reinhardt from Overwatch, then you might have a pretty good idea of how to use Fernando. You have your typical shield and charge attack that’s similar to the Overwatch hero, but then you have something better than a crummy old hammer—a flamethrower

The flamethrower can deal steady damage to opponents that are grouped up. Fernando also has a fireball attack that can take out any weak stragglers from afar. By chaining all these attacks, you can supply a healthy dose of offense and defense to your team. The best thing about Fernando is that, when played right, he can stick to an objective like a barnacle, and you will struggle to get him out.

Barik is an interesting option due to his ability to very quickly take control of points. With his barricade shield he can rapidly set up a defensive line that can cut off enemy damge, then quickly set up turrets to domiante and control the point until friendly units arrive. Rocket Boots allow him to move quicker than any tank should. For absolute hero plays, Barik is a great option when shock and awe are required.

Viktor is arguably the most beginner-friendly champion in the game due to his simplistic kit, but that also makes him incredibly proficient in battle.

You have the option to aim down iron sights, something that no other champion can do, as well as throw a frag grenade into the enemy lineup. You can also run at an increased speed to get back to the fight or the objective. While these seem like standard abilities that most shooters have, they’re a rarity in Paladins that give you a killer edge.

Strix is a true sniper, who can also use stealth to get where he needs to be. It’s a bad combination for the enemy team. If they do manage to track you down, a flash bang grenade can be used to blind them, giving you an easy scape, or time to wipe to them out. Strix can melt through tanks, and the pressure he can put on an enemy team trying to hold an objective cannot be overstated.

Drogoz is your typical flying rocket-launcher-wielding character that’s present in a lot of other games.

You can fire a rocket that deals a large amount of area damage while also having the ability to fire multiple rockets at the same time, albeit with a lack of accuracy. What makes Drogoz unique, however, is his abilities that he can fire before his rockets that, if hit, increase the amount of damage foes will take.

Vivian combines ease of use with massive damage output. Her fairly basic kit belies the impact she can have in-game. Armed with a machine gun, Precision Sights allows you to ADS for increase accuracy, while Deflector Shield gives you to edge in gunfights by blocking incoming damage. Her ultimate, Sentinel, will summon two drones that will shoot the same targets as your machine gun, really swinging any fight in your favor.

Cassie is a solid damage dealer, but she can also use her Scout ability to figure out the best place to attack, making her a very strong option. If you find yourself caught out by enemies you can use the Disengage skill to create some space, then Dodge Roll to freedom to reset and plan your next move.

Jenos is a superb healer because he doesn’t need to keep line of sight with friendly units to heal them, as Astral Mark can simply heal through walls. He can provide excellent back up to to a frontliner or DPS character while keeping himself save, using Void Grip to lift enemies into the air, helping to stop any push that comes his way. If you really need to add some firepower to a problem, Through Tiem and Space will send a massive beam of energy through any enemy or object, doing substantial damage.

Ying is a support that can change to an offensive role with the flick of a switch.

She can create illusions that can distract the enemy while you heal them. These illusions, however, have the ability to be turned into offensive tools through the use of her shatter ability, which causes Ying’s copies to explode near enemies.

Her main advantage, however, is her ultimate, which can heal everyone on your team to help you win vital teamfights in objective modes.

Pip is one of the best beginner-friendly supports in the game and follows the trend of champions that are easy-to-play but hard-to-master, due to the simplicity of his ability kit.

Most of his abilities are skill shots, which can either heal allies or damage foes. His abilities also have a lot of unique traits that can slow groups of enemies and even turn them into chickens to leave them wide open to attacks.

The insane variety in his kit gives Pip a lot of utility—if you can hit every skill shot.

Furia can provide “big game moment” healing with Kindle Soul, giving friendly units an instant 1000 health, and a further 400 health over 2 seconds. She can also excercise area control thanks to Pyre Strike which will send a beam of energy surging forward. He ultimate will buff all nearby friendly units with extra weapon damage, making her great in those clutch moments.

Maeve is a big fan of the flank and stab manouver, throwing daggers at her enemies. Her Pounce ability allows her to dark forward, damage any enemy she hits. Her ultimate, Midnight, reduces enemy vision, while Nine Lives let her reset her ability cooldowns and heal herself. Maeve is a nightmare to deal with if a skilled player gets their hands on her, able to dart in and out and kill people before you even know she is there.

Zhin uses his blade to absolute melt enemies, combining regular attacks with counter attacks to do outlandish damage. His Billow ability allows him to get in position to quickly unleash his Whirl attack, lunging forward and hitting any enemy in his path. His real strength is single target destruction, as his Spite ultimate allows him to incapacitate enemies, meaning all they can do is watch as he finishes them off.

Moji is a small wizard riding a two-headed dragon that shoots fireballs and breathes fire at your enemies.

As Moji, you want to be constantly firing your flamethrower and projectiles at the same time to deal damage and be as close to the action as possible. Moji isn’t immortal, however, so be sure to have a support ready to heal you up and use your barrier ability to block incoming attacks.

This aggressive gunslinger is a prime candidate for any objective warfare and could be the difference between victory and defeat.

Androxus has a host of game-changing abilities that can give him the advantage for nearly every fight. He has an ability that absorbs damage taken to fire it right back, as well as a quick dash ability that can get him in and out of combat with ease. Androxus is a good damage dealer that can shred squishy targets quickly.