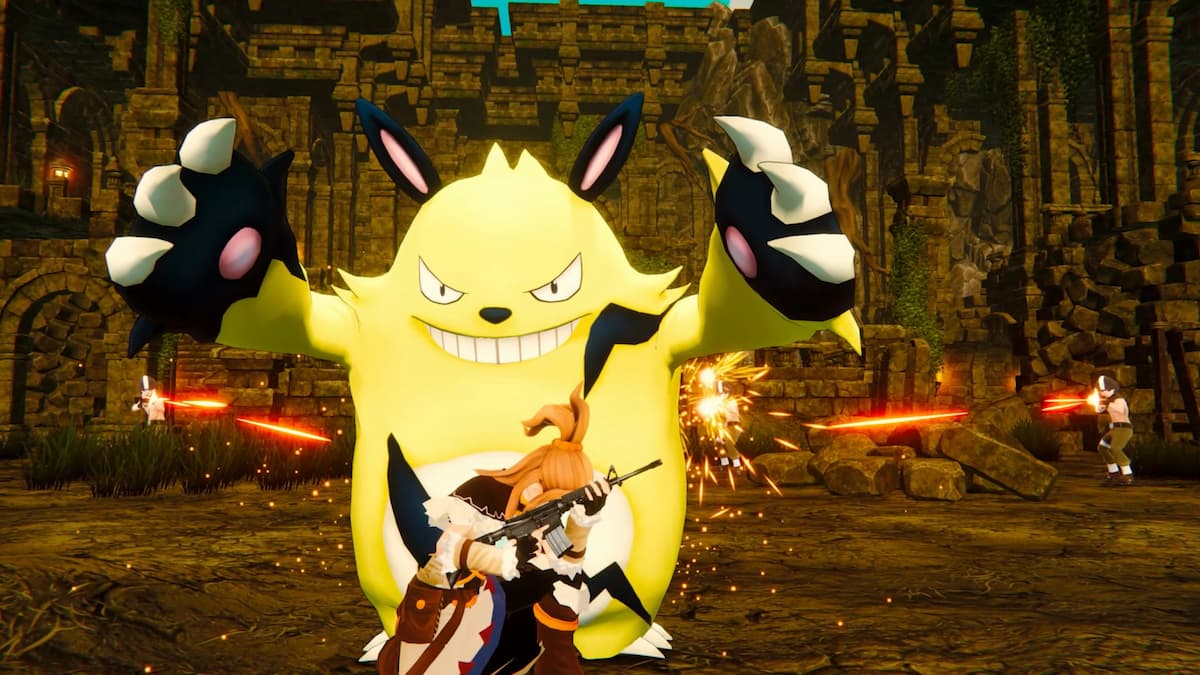 Animal rights activists may already have enough issues with Pokemon, but developer Pocketpair looks like it wants to give them a headache with their newest title. Pocketpair, the creator of Craftopia, put out an announcement trailer for Palworld, a game that seems to take the monster hunting genre way too literally. The trailer showcases an open world, a variety of gameplay systems like farming, and — with no warning whatsoever — guns. Palworld appears to be an odd mix of genres and ideas all rolled up into one potentially problematic package.

Where to even begin? In just a minute and a half, the trailer throws everything and the kitchen sink at you, with several troubling images (that are admittedly darkly comedic) sticking in your brain afterward. The bit of your player character hanging on a bird monster and unloading an assault rifle comes in less than ten seconds in, and that is far from the most absurd moment. Palworld is more of a survival game than a traditional RPG, and thus there will be mechanics for cooking, crafting, building, and hunting, but your “Pals” will be at the center of all of these.

Ever gotten into a debate with a friend about whether Pokemon are okay to eat or not? Palworld throws any ethical debate away, and eating Pals is a mainstay of the game. If that doesn’t seem cruel enough, you can force your Pals into doing labor for construction, with the Steam page enthusiastically clarifying that “labor laws won’t be applied to Pals.” Maybe these Pals are having a good time on this project, but those Pals working on an assembly line for guns look less happy. If you’re in a scrap against some poachers, feel free to use your Pal as cover, whether they’re large bullet sponges or tiny innocent sheep monsters — “they’ll give their lives to protect you,” the Steam description describes. That is, if you aren’t doing the poaching yourself. “It’s only illegal if you get caught,” the Steam page ominously advocates.

That isn’t even getting into the more standard features, such as breeding, dungeon crawling, and multiplayer co-op. Perhaps Palworld is meant to be a satire on the cruelty enacted towards Pokemon, but actually playing the role of someone who sends their animal companions to death, actively hunts them, and forces them into slave labor is undoubtedly uncomfortable. It all comes across as a PETA parody or a fictional video game from a Law & Order episode critical of video games. Its motivation will not be fully clear until we’re closer to its 2022 release, but for now, we can have a good laugh sharing this absolutely bonkers trailer with friends and arguing about which part is the worst.