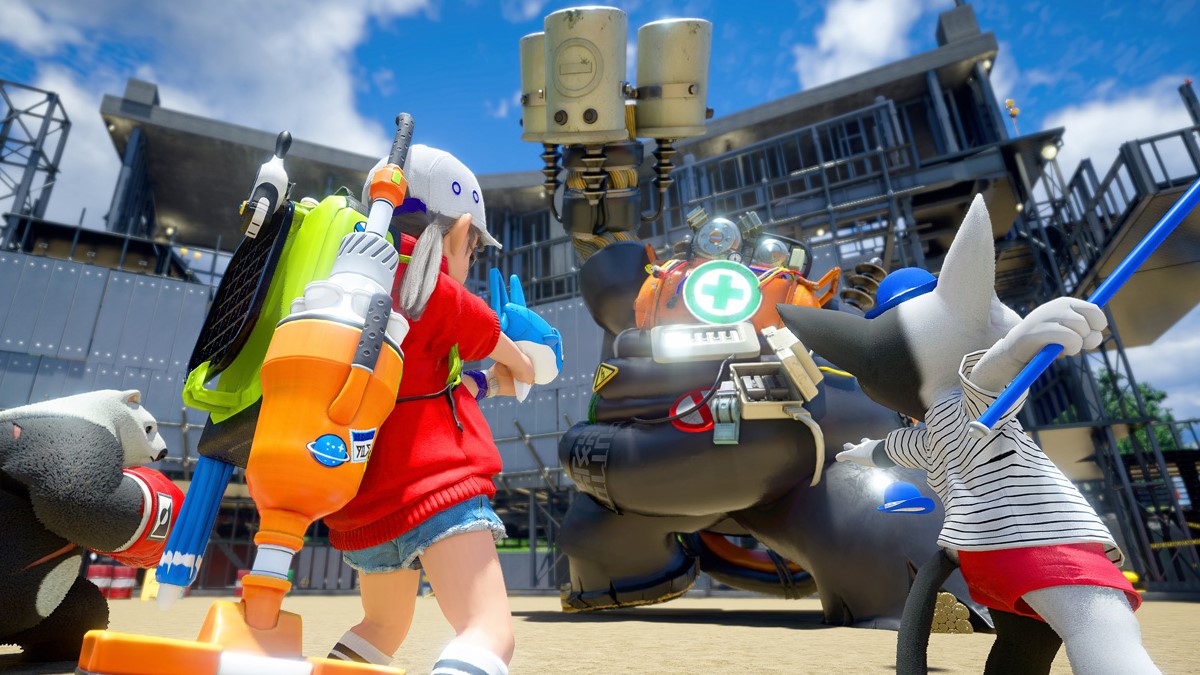 After teasing DokeV for quite some time, enticing us all with cute screenshots and fun creature design, Black Desert developers Pearl Abyss have released in-engine footage of DokeV, their upcoming creature collecting game.

If you thought this was going to be a simple game following the well-worn tracks of the genre, then think again. The team appears to be pulling inspiration from titles like Monster Hunter, Splatoon, and more, to create something that looks absolutely wild.

In a four-minute-long video, we get to see all manner of interesting features in the game. First up, the multiple ways that players can get around the world, including on foot, in cars, by parachute, on bikes, surfboards, and skateboards. You can also float with umbrellas, and swing from floating grapple hooks.

The game also features action combat as you and friendly creatures take on all manner of interestingly designed monsters. The style of combat is certainly a surprise, reminiscent of a cartoonish Monster Hunter-style. Finally, the world itself appears to be rich and detailed, with a lot of color and clarity. This is a far cry from the visuals of something like Pokemon.

Unfortunately, this was all just a teaser, and much like Crimson Desert, Pearl Abyss’ other ongoing project, we don’t have any information around a release date right now.