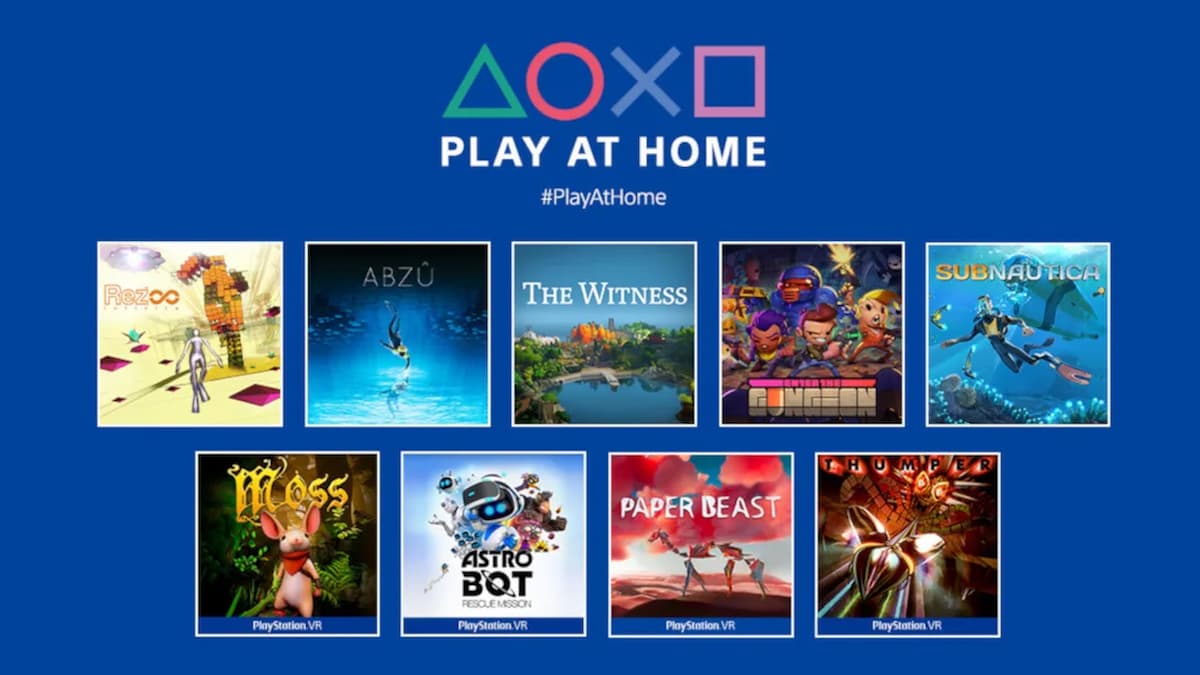 Last year, PlayStation unveiled a new Play at Home event, which gave players some free games to play while stuck at home due to COVID. In fact, you can still go pick up Ratchet & Clank until March 31, if you haven’t done so. However, players are about to get nine more games added to the initiative on March 25.

The nine titles are all on the smaller side, but that doesn’t mean they aren’t great additions to your library. Indie hits like Abzu, Enter the Gungeon, Rez Infinite, Subnautica, and The Witness all represent quality games across varied genres. The Witness, in particular, is worth checking out for its excellent puzzle mechanics.

On top of those five games, you’ll also have access to five of the bigger PSVR titles. Astro Bot Rescue Mission is the standout, but it’s far from the only game worth playing. Moss, Thumper, and Paper Beasts round out the offering, giving VR players a ton to do.

The biggest game coming with the Spring lineup doesn’t hit until April 19, but it’s still a massive get for players. Horizon Zero Dawn will be available for free from April 19 to May 14. That’s a marquee game that you should play if you haven’t. It’s also the perfect time to do so with the sequel releasing soon.

On top of all of these games, users in participating countries can grab a free trial of Funimation. So, if you’ve had your eyes on watching any anime, March 25 is an excellent time to check out the service.