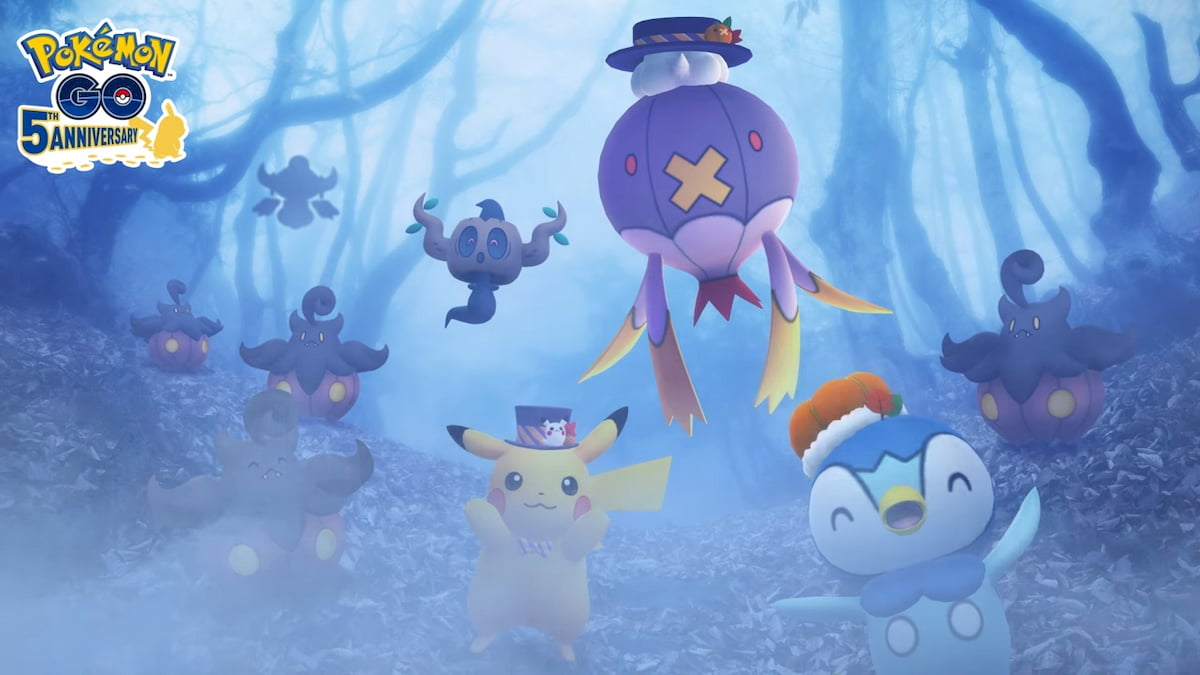 Halloween has nearly arrived, and for Pokémon Go fans, the upcoming event has yet to be detailed by Niantic. However, for several weeks, the datamining team at PokeMiners has been sharing multiple assets uploaded to the game. Those assets will create a spooky Halloween map for players to see in the game. Alongside that map are hints of the arrival of a particular Pokémon featured in the Hisuian region in Pokémon Legends: Arceus.

The details for the upcoming Halloween map were shared in the 0.251.0 in-depth deep dive, where the team breaks down the many forthcoming assets. The map will supposedly have decorated grass and altered ground, road, and park colorations. There will also be a Halloween Moon glow effect and a foggy skybox to set the mood for the haunted occasion. This information was posted on the PokeMiners website, and a community member created a mockup of what that map would look like with fall leaves and pumpkins.

Alongside these assets also reveals the early hints of Ursaluna. There have been unconfirmed leaks of an upcoming Teddiursa Community Day, which would serve as Ursaluna’s debut. Although those have yet to be confirmed by Niantic, the arrival of an evolution stone could mean we’ll be getting the Peat Block to evolve it into Ursaluna, the Peat Pokémon that made its debut in Pokémon Legends: Arceus. If Community Day is accurate, we won’t receive this until sometime in November, which means Ursaluna will be here well after the Halloween event.

Finally, closer to the bottom of these assets shared further details about Zorua’s eventual debut in Pokémon Go. Hints of this Pokémon arriving in the mobile game have already been discussed, but the PokeMiners team further discusses how Zorua encounter might work, given what’s in the code. Essentially, Zorua will function like a Ditto encounter, potentially disguising itself as something and then appearing as the real Pokémon. Again, this exactly will work is unknown, but it fits the Tricky Fox Pokémon pretty well.

Those were the big highlights coming from the latest asset upload to the game. Although we don’t have an exact date for Zorua or Ursaluna, if they do arrive at the mobile game, the Halloween map looks like a lot of fun and a festive way to celebrate the spooky season for Pokémon Go fans.