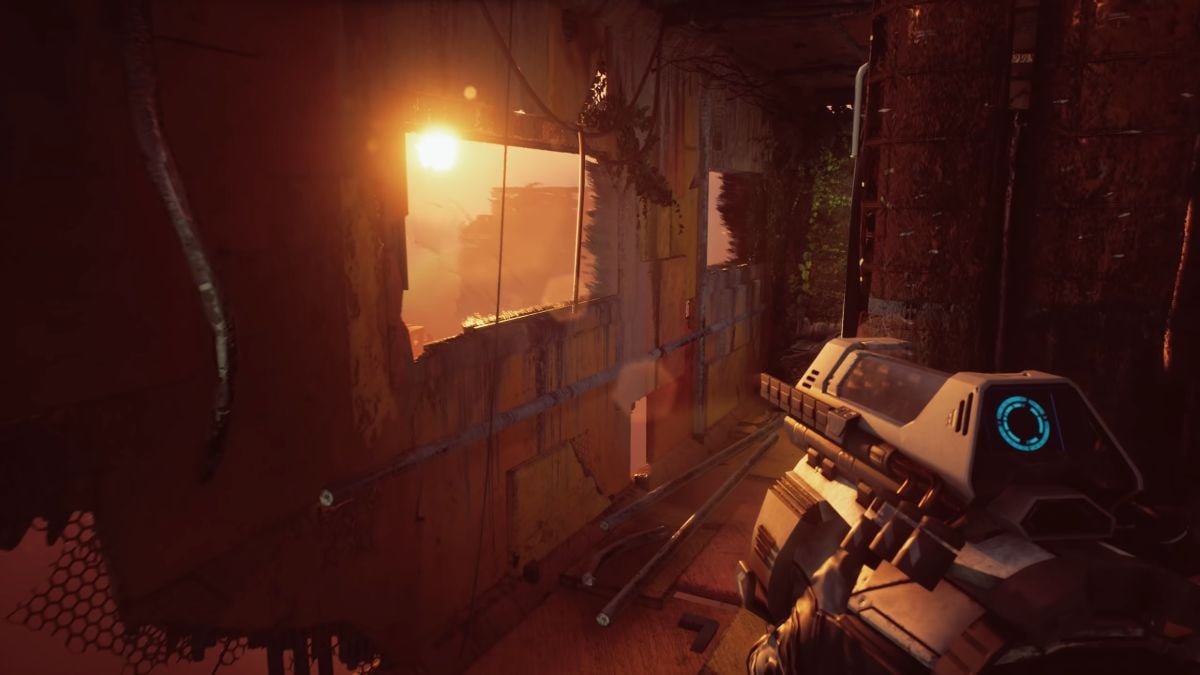 via Sony & Far From Home

Video game studio Far From Home, comprised of veterans from Techland, Bloober Team, and other studios, has been teasing an ambitious new game for the last two years, initially giving the game the codename “Project Oxygen.” Today, the studio unveiled gameplay footage for the game, with the official title for the game being Forever Skies.

Forever Skies will be a first-person action survival game that takes place on a dystopian Earth ruined by climate change. The gameplay footage shows the playable avatar holding some short of a futuristic gun, though it is never used to shoot at things. Instead, the gun is used to disintegrate objects like a door and later used to reconstruct a latter. Crafting and exploration will also be a big part of the game.

Far From Home is a Polish studio that is made up of several industry veterans who worked on titles like the Dying Light series, Dead Island, and The Medium. Forever Skies will be Far From Home’s first major video game.

The game is expected to come to early access on Steam later this year before coming to current consoles like the PlayStation 5. No release date was given, but the game can be wishlist on Steam right now.