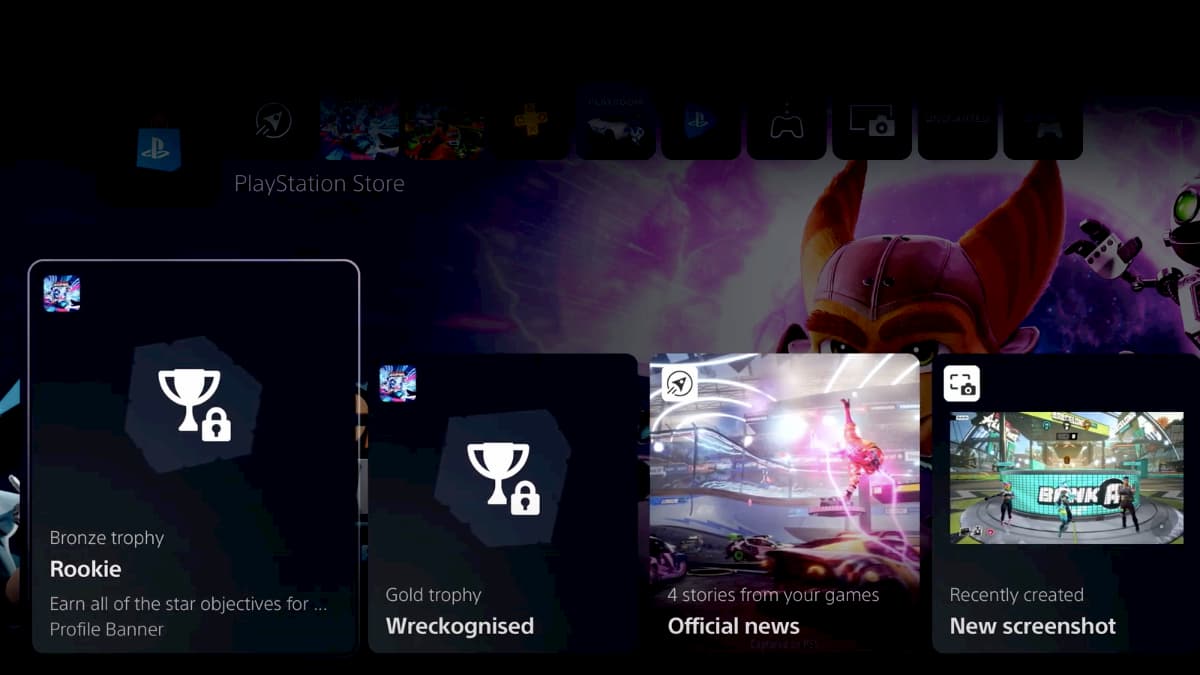 Over the last few years, PlayStation has had select games gift PS4 players exclusive themes when their platinum trophy is earned. Now, on the PS5, players will seemingly be rewarded for even the simplest of tasks. After the reveal of the PS5 UI last week, many sharp gamers found trophy descriptions in the video mentioning the giveaway of profile banners and avatars.

As seen in the image above, it can be noticed in the bottom-left corner that Destruction AllStars’ “Rookie” bronze trophy shows a free profile banner when the objective is complete – a first for any non-platinum trophy. Furthermore, this sort of reward system may be used more often than not, as another trophy’s description later on mentions earning a profile avatar.

PlayStation has not mentioned this new reward system beyond this tease, so we don’t exactly know if this feature will expand to other games. As most of the PS4 platinum themes came from first-party titles, it may be unlikely non-exclusive games will join in on the giveaways.

Either way, here’s to hoping there are gorgeous themes awaiting those who get the platinum trophy in highly-anticipated launch games like Marvel’s Spider-Man: Miles Morales.