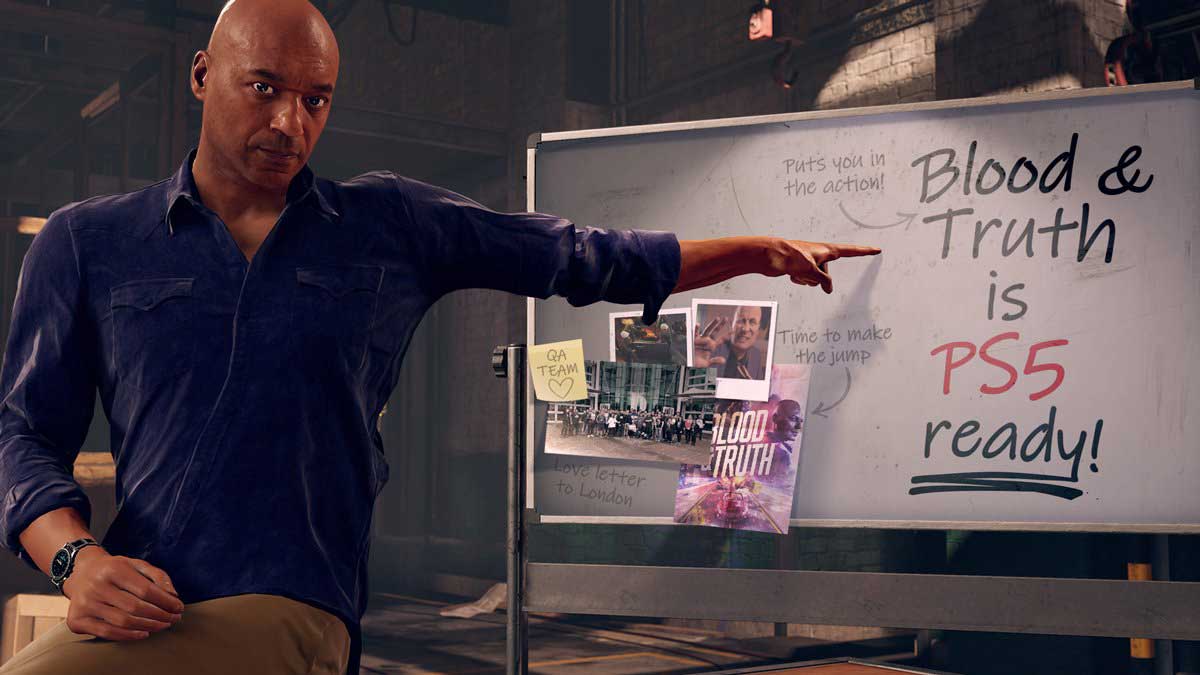 PlayStation London Studio has today announced a slew of upgrade features for PSVR title Blood & Truth. The update will take advantage of new features made possible thanks to the PS5.

Blood & Truth is a PSVR game though. The last official word on PSVR games on PS5 from Sony was that they could only be played through PS4 backwards compatibility. The company has been very clear that PS5 versions of games such as Hitman 3 and No Man’s Sky won’t be compatible with PSVR. Only their PS4 counterparts will be.

This announcement from PlayStation London Studio shows that while it may not be possible to upgrade PSVR games outright, they can still be updated with new features thanks to the PS5’s additional power.

For example, Blood & Truth’s update will make it run at a higher resolution, provide up to 90 FPS, and improve all texture details. Essentially that extra power available in the hardware allows the game to achieve greater visual fidelity.

In the ensuing thread on Twitter, Technical Director for PlayStation London Studio Bruno Ribeiro joined in with excited fans. This seems to confirm the fact that at least this PSVR game is getting a free next-gen upgrade.

At the time of writing, we cannot confirm all PSVR games will get a next-gen upgrade. However, this news suggests that it’s a possibility, which is more than it was based on Sony’s last news.

Like many, we had assumed that PSVR had a limit on how good it could look based on the headset’s hardware. It now looks like the limitations are based partly on the console itself, which is why Blood & Truth can be upgraded on PS5.

There several fantastic games that could look incredible with a PS5 upgrade. No Man’s Sky, for example, with its next-gen update, may well be one of the best VR games of 2020 with such a boost.